NaNoWriMo is around the corner 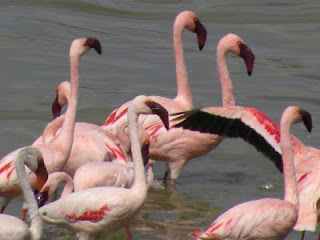 Last year I stumpled upon NaNoWriMo when I was surfing the net. With all good intentions, I gave it a go. The challenge is, to write 50 000 words in the month of November. Easier said than done. Last year, I found out about NaNoWriMo the second week of November, and thought, it's a bit late but will have a go anyway. The result, I only got to 20 something thousand words. School reports dug into my writing time and stifled my creativity.

Well, this year I am more relaxed, and after my many battles with the ants feel that I am fighting fit. Ready to write, ready for action. My goal is slightly different in that I am about half way through The Case of Billy B. I reckon I need about 50 000 words to finish it, and that's what I'll be doing for NaNoWriMo - finishing The Case of Billy B. Makes sense, doesn't it, to kill two birds with one stone?

So, for all you would be writers out there, go to http://www.nanowrimo.org/ and sign up. If you complete your 50 000 words in 30 day challenge, you get a free proof copy of your novel with free shipping to anywhere in the world from Createspace. After the 3oth November, you have about 6 months to edit and rework your scribblings and submit it to Createspace, and then you can sell your book on Amazon. So, my friends, get cracking, get writing and sign up!

Besides NaNoWriMo, I'm back at school, holiday ended. The good news is that we've had continuous power since Wednesday morning. Hold thumbs it continues! Been raining every night the last week, so my vegetable garden is getting well watered. I hope my baby carrots are reaching adulthood! Yesterday, Patricia (my neighbour the DP coordinator) and I drove the 80km through to Arusha to do some grocery shopping. Spent way too much money, might have to put my car's service on hold for another month. When I grow up, I want to have enough money to go shopping and have my car serviced!
Have a great week ahead!
love
Cindy
Posted by Cindy Vine at 9:16 AM No comments:

Things we take for granted 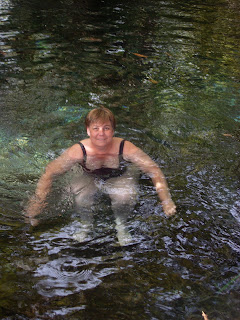 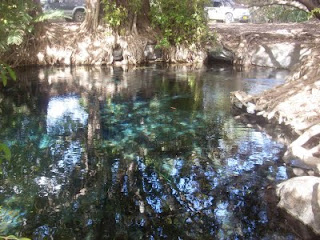 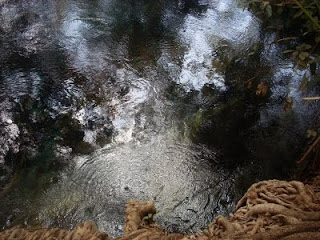 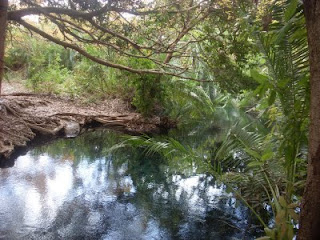 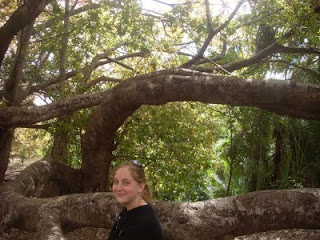 On Wednesday, Siobhan and I decided to treat ourselves with a day out. About 40km from Moshi is a hot springs called Chemke. The Swahili for hot springs is 'maji ya moto'. Yeah, it does sound a bit Japanese, doesn't it? Of course, when people give you directions, they are never as simple as they sound. The diploma English teacher, Alistair, said, "Drive on the Arusha road to Boma, turn onto the dirt road next to Mr Price and go straight." For the South Africans who read my blog, Mr Price is not that fantastic clothing chain, but rather a chain of seedy supermarkets selling items way past their sell-by dates. Well, we found Boma, we found Mr Price, the dirt road was harder to find as it is literally, a dirt road, easy to not see. Thereafter we became explorers of the ilk of David Livingstone. The road was not straight. It branched every couple of 100 metres or so, and we had to make conscious decisions about which branch to take. Something a bit, like the road less traveled. Can't remember offhand who wrote that poem, was it Robert Frost? Often, we took the road with the most tyre tread marks, thinking that as it was a popular choice, it must be the right way, but it wasn't. Sometimes the flat straight road, easy to navigate was the wrong road. The right way was the one where you had to drive over boulders and trenches so that your car was at a dangerous angle. We asked for help all along the route, and I became very good with my 'maji ya moto.' Eventually, we came to an oasis of palm trees after driving through a dry landscape dotted with boaobab trees, thorn trees, tiny cement houses, cows, goats, and Masai herdsmen. When we saw the hot springs, all the frustrations of the past week vanished instantly. The peace of the place hit you instantly. The pool, with it's warm water was so clear, you could see the bottom even though it was so deep you couldn't dive down there. As we floated and swam around in the pool, it was like years dropped off. I swear it is the fountain of youth. It was truly a magical place, worth all the hassle to get there. Strangely enough, not many locals in Moshi know about the pool. It doesn't feature in either the Lonely Planet or Rough Guide. It's a secret place, magical, mysterious. And then we came home and picked huge bunches of baby carrots from the garden, which were delicious.
So yeah, despite some of the frustrations, life is good. My blood pressure has gone to its normal 110/80, despite running out of the blood pressure meds a few weeks after getting here. I think that China didn't agree with me, health-wise, and Tanzania is so much better for me. Mind you, been struggling with chronic hayfever the last few days. All the greenery and pollen! But at the end of the day, we have to be satisfied with the small things, and not take it all for granted!

Never say that the ants have gone 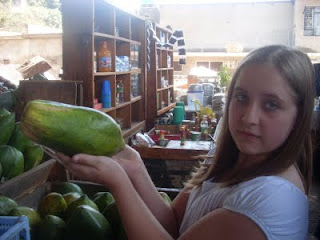 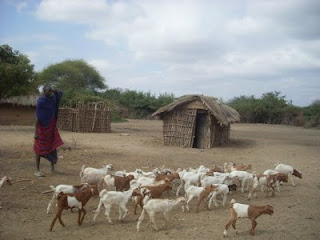