Intriguing ancestors are a distraction 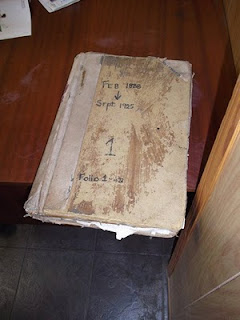 The last while, besides feasting my eyes on the cricket and rugby being shown on the telly, I've become completely consumed with delving into the past lives of my ancestors.  While some sip cappuccinos at Starbucks-equivalents, I was spending my time at the Cape Archives shaking off the dust from some ancient tome or other.  Absolutely fascinating, that's all I can say.  I discovered you have to start with yourself and work backwards, rather than start with the oldest relative you know.  At one stage I was convinced I was descended from Nicolaas van den Heuvel who arrived at the Cape of Good Hope  at either the end of the 1600s or beginning of the 1700s.  I even managed to hold in my hot grubby hands, the original will he wrote in 1719, not a copy, the original handwritten on that thick parchment they used then.  Unfortunately, old Nick proved to be a red herring leading me on a wild goose chase - although it was kind of cool holding that old will in my hands.  The poor blighter had only one son who died young and hordes of daughters, so that line died out with him.  My ancestor, Louis van den Heuvel, only arrived in the Cape from Amsterdam in 1868.  To find out more about his ancestors might prove tricky, as van den Heuvel is one of the most common surnames in the Netherlands  He was a trader and died when he was randomly struck by lightning. 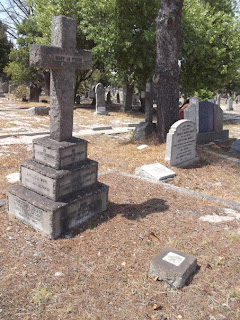 But, my most interesting ancestor is proving to be my mother's grandfather, Sydney Joseph Fowler, who appeared to have had many wives or liuasons, burying two wives in the same grave, and outliving them all!  Other than his wive's death notices, he seems to have kept himself out of radar as he doesn't appear on passenger lists of ships from England, no marriage register entries and no record of him dying anywhere and being buried.  He simply vanished, or maybe turned into a vampire.  And, how did he manage to outlive about five wives?  Intriguing.
The days in the archives were followed by a day clambering over dead graves and getting dead people sand between the toes of our sandals.  Of course, I was actually supposed to be working on one of my three book projects I'm currently busy with.  Silly me to have forgotten what I was supposed to do when recuperating after my operation in Cape Town.  The book projects were shelved for the week as I let my current obsession take over and totally distract me.  Sometimes I wonder if I fit into the Autistic Spectrum.
Well, after 3 different flights I finally made it back to Tanzania with, surprise surprise, my big blue suitcase containing all my clothes lost along the way.  I seem to have developed a habit for losing my luggage!  Now back in Tanzania, with my new boob slowly adjusting to the speed bumps on the roads, I can no longer delve into my intriguing ancestors lives and be completely distracted from my writing.  I can focus on getting these three books finished.  The one is close just the final editing, the other two have still a lot to be done.  So maybe this blog post should turn into a pep talk for Cindy, "Hey Cindy, hey Cindy, you can do it Cindy, get those books written and edited Cindy!"
I have to be honest though, Cape Town gets more and more appealing each visit, and it gets more and more difficult to climb onto that plane and leave.  My dream that I want to put out into the universe, is to write full-time, live in a cottage near the sea, and play lawn bowls every Wednesday.  To achieve that, for the time being I need to forget about those ancestors who keep on distracting me!
Have a great weekend!
love
Cindy

Posted by Cindy Vine at 3:56 PM No comments: 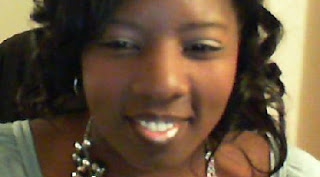 
The Author Behind the PenMarian L. Thomas, reared in Chicago but lives with her biggest supporter ̶̶ her husband and their spoiled but playful dog, Winston in Atlanta, Georgia. Received her Bachelor’s degree in Business Communications, graduating Magna Cum Laude.
"There is nothing special about me, I am a woman, wife, writer and author who resides in Atlanta by way of Chicago. I love a man, who has supported me and given me the strength to write even when I didn’t feel like doing so. I inherited the love for melodies tones from my mother, who gave me the hand of poetry. Listening to my father play as a percussionist helped me to develop an ear for music, while my husband’s love for Jazz helped me to focus on it. My sister, made me cry when she stated how much she was proud of me. My friends keep me grounded.
“As for my writing style; most say that I write with passion, emotion, drama and a hint of reality. For me, they represent the foundation of my pen. My thoughts and even my dreams.”
Marian has worked with the Georgia Center for Child Advocacy, contributing 15% of her book proceeds from her book blitz campaign in 2010. She eagerly looks forward to releasing her second title, My Father’s Colors in March 2011.

How do find a daughter you never knew you gave birth to? That is the question that Naya must answer as she once again finds herself on a journey filled with betrayal, lies and shocking secrets of her past.


How far would one go for love?-That is the question that Chris wastes no time answering. He will do whatever it takes to remove his wife’s pain, even if it means being the one to cause her the most.

Fame & Fortune-Have been the determining factor for Misty ever sense her father passed away. How far will she go, this time, to achieve it.

Carl Thompson-Has found the love of his life, only she doesn’t know it. Green eyes and hazel brown hair fill his dreams for the future. Does he have enough love for the both of them?

Purchase a copy of the paperback or hardcover edition of My Father’s Colors on Amazon.com and get a autographed reusable tote bag!