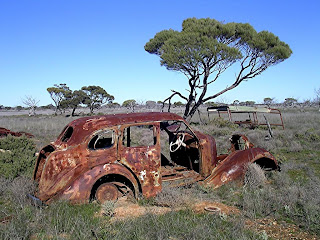 This year, besides the earthquakes, tsunamis and volcanic eruptions, has been the year of riots and protest marches.  The populations of many countries have stood up for their rights and banded together to oust those corrupt officials in their governments.  Some are still trying to take over the government and lives are being lost in the various struggles on a daily basis.  If you don’t like poverty, austerity measures or what have you, you down tools and strike and march down the streets waving placards.  Of course, the thugs in the marches aren’t really that interested in the politics of the protest, for them it’s just an opportunity to loot and vandalise the town.  Everybody gets caught up in watching the images on the news of the violent outbreaks and protests, but nobody actually asks why we are in this current situation.  What is causing the people to riot and protest?
Driving into Moshi town today, being hounded by the vultures in their orange safety vests, all wanting to rip you off for 500 shillings, the cost of a day’s parking in streets that will fail safety requirements in most countries, I found myself fuming at the corruption that is so prevalent in Tanzania.  The orange safety vest vultures get a percentage of the parking fees they collect.  They target mostly the mzungu (foreigners) and will write you a 500 shilling pink ticket for a full day’s parking when in fact they should be charging you 200 shillings and issuing a white ticket for a half day’s parking.  They start writing the pink ticket while they approach your car, so when you ask for the white ticket, they smile and point to the already completed pink ticket and try and force you to pay 500 shillings.  As you can gather, I’ve lost my patience with these vultures.  I know they are only trying to make a living and it’s not their fault.  It’s the corrupt government officials who are taking the bulk of the money they collect for parking.  What really annoys me is that none of that money is put back into the community, the roads and buildings are not maintained at all.  Instead the money is just pocketed, going to make some government officials on the take even richer.
TANESCO the state-owned power company is another example of a corrupt entity.  Daily power cuts make living here hard, but even if we only get half or less than half the power supply we should be getting, your TANESCO bill doesn’t reflect that.  You are charged the same, if not more, than what you’d be charged for 24 hour regular power supply.  And when I asked to get one of the prepay meters installed, I was told on Friday that my name was on the bottom of the list of those wanting to go prepay, and that I should spend the weekend thinking about what I could offer them that would make my name go to the top of the list.
Corruption is corroding society.  Rusting it away until it starts to fall apart.  How did these power-hungry people get elected into the governments in the first place?  And how do we get rid of them when their corruption becomes evident (like Robert Mugabe of Zimbabwe) and despite losing elections they refuse to leave?  How can we remove the rust without cutting it out with riots and protests?  Dialogue doesn’t seem to work.  It seems that old saying is true.  Absolute power corrupts absolutely.  Maybe we need more accountability measures to be put in place and harsher consequences for those indulging in corruption.
Posted by Cindy Vine at 3:24 PM No comments:

Enter to stand a chance of winning!

See the giveaway details
at Goodreads.

How long is a piece of string? 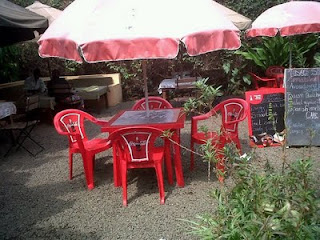 My teenage daughter loves to ask me questions that I have no possible way of knowing the answer.  When will the power come back on?  Do you think we'll get the generator working this time?  When will the fuel shortage be over?  Where do you think the housekeeper put my Garfield t-shirt?  Eventually last night I turned around to face her and said, "How long is a piece of string?"
The truth is that we are often faced with questions for which we don't know the answers.  This can cause anxiety if you let the unknown get to you, but if you learn to just chillax and go with the flow, handle each day as it comes and try not to plan too far ahead, you'll be okay.  We adapt and why waste time and energy worrying about things completely out of our control.
What we know is that at the moment in Moshi, Tanzania, we will have at least 8 hours out of every 24 without power.  Sometimes it can be more than 8 hours.  There is a schedule which TANESCO doesn't stick to, so you are never entirely sure when you'll have power or not.  Apparently the power cuts are because the Tanzanian government didn't think it necessary to plan ahead for a growing population.  Now the power stations are old and shutting down, and the new ones they are supposedly building will only be ready in 2013, so until then I can't see the power situation improving.  One just has to get creative and fork out the money for a generator.
This past week the power cuts have been compounded by a fuel shortage.  The price of fuel has been increasing at an alarming rate and the government, bless their cotton socks, decided to step in and take action.  They have now made a law that fuel has to be sold at a much cheaper price dictated by them.  As you can imagine, the suppliers to the fuel stations are seeing their large profits made on the backs of the impoverished population decreasing, so they have refused to supply fuel at the government dictated prices.  The result, the majority of fuel stations have shut down and put up barricades.  Those selling fuel have long queues and run out of fuel quite quickly.  If you are running a generator to cope with the power cuts, this is a big problem.  If you love watching rugby on TV and are eagerly awaiting the rugby world cup, then this can be a possible catastrophe.  Writing has to be put on hold as there is only so much you can do on the laptop before the battery dies.
My book sales are continuing to climb which is a highlight at present in an otherwise dark and gloomy world. The recent riots in England made me think I'd rather have our power problems than that. Imagine what you must feel as a parent if you see your child looting shops on the television news. Would you report them to the police?

So how much longer will all of this continue?  How long is a piece of string?
Have a great week!
Cindy

Posted by Cindy Vine at 9:00 AM No comments:

Book Trailer that will make you smile!

Siobhan is very sneaky.  She should have been punished but instead I confiscated her video footage and decided to use it to make a book trailer.
I have to explain how it all happened.
She was watching music videos on Youtube on her macbook, as you do when you are a teenager.  She told me to watch one of the videos and the music was so catchy I started to dance.  Well, not quite.  More like gyrate around in my chair moving body parts randomly not always in time to the music.
Now for the sneaky part.
The little blighter videoed me with her webcam.  The page showing my spontaneous contortions in my chair was hidden behind the Youtube video so I was completely unaware of what she was doing.
However, what a great bit of footage to use to advertise my latest self-help book, How to Say No to Sex and other Survival Tips for the Suddenly Single.  After watching me dance, I'm sure you'll agree, I definitely need as much help as I can get!
Enjoy the book trailer and hope it brings a smile to your face!
Cindy

Posted by Cindy Vine at 6:16 PM No comments: