Coping with an Empty Nest, headaches, no power and NaNoWriMo 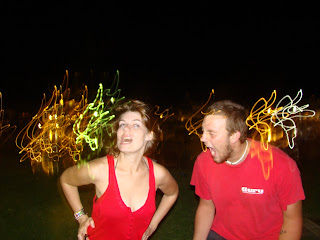 So the nest isn’t 100% empty, I have one chick left for the next eighteen months.  But the absence of the older two dwarfs everything else.  I was doing okay with just the one chick left at home.  We’d got into a routine, kind of, learned to put up with each other’s foibles and moods.  Rolling along rather like a car on a slope without a foot on the accelerator.  Not much effort, just existing, heading ever forward to the time the last chick leaves.  Our idealic life was blasted into a high energy one with the arrival of my middle chick for a two month stay.  Then the eldest came for two weeks and I realised just how much I miss not having all my chicks in my nest.  So much activity, sparkling conversations and debates, putting my body on the line to stop them from killing each other, eating together as a family, going away to Kenya - our first big whole family holiday in a year.  All that brought back so many old memories and created so many new ones, that I realised how much I miss out on with us all spread around the world.  Our solitary life, just the youngest chick and I is more of an existence than an actual life.
Saying goodbye to the eldest as she set off to start a new life on a ship was hard.  As she’s got older she has become a best friend.  She knows me better than I know myself.  I feel a large part of my heart went with her.  But I survived that goodbye knowing I still had two chicks in the nest for another month.  Yesterday the middle chick left.  I felt worse than I did after my divorce, the other huge chunk of heart that’s gone with him has left a void and a feeling of such emptiness and sorrow, there are no words to express it.  The house is silent; the youngest chick and I both experiencing our loss in our own way.  No happy banter, quarrels and fighting over which channel to watch on TV.  Just an eerie silence and the noise from the cicadas in the garden.  I expect I can only have myself to blame, passing onto my chicks the love of travel and living in strange places, exploring new worlds, living life as an adventure.
All of which does not help when you are trying to get into the right frame of mind, The Zone, for writing a novel.  NaNoWriMo couldn’t have come at a worse time for me.  50 000 words in 30 days was always going to be a big ask.  With a full nest it’s a near impossibility. Distractions too numerous to mention.  Add in a full time job and you start getting the picture.  NaNoWriMo has been tough this year, but I am still determined to get to the finish line even if it means writing like hell the last four days.
This past week has also had migraines added into the mix.  Chronic ones where you just get fuzzy concentric circles affecting your vision so you can’t read a page, see a computer screen or keyboard.  The medication I take knocks me out for two hours at a time.  These migraines plagued me on and off for four days.  Dehabilitating.  In the extreme.  Not good for NaNoWriMo either.
For two months, since the middle chick’s arrival, we’ve had virtually uninterrupted power which is definitely not the norm here.  This past week, the power has gone off a few times but nothing as bad as its been in previous months where we sometimes had up to 72 hours with no power.  And just so you no, no power here means no water either as you have to pump it into your tank attached to your house.  Yesterday, the power went off on three separate occasions.  First in the morning, putting an end to an early bout of writing, then when we came back from taking the middle chick to the airport we arrived home to no power, and at 6pm sharp the power went out and stayed out.  We watched the new season of Nikita until the laptop battery died and then put on the generator.  By that time I was unable to construct a simple sentence, let alone work on a novel.
So although this might seem as if I am just making excuses for not completing NaNoWriMo this year; watch this space.  Wednesday I’ll be at that finish line, just you wait!
Have a good week ahead!


Cindy
Posted by Cindy Vine at 4:43 PM No comments:

The rainy season appears to have arrived, bringing with it more ants.  The damn things are everywhere, so invasive.  I HATE THEM!  But enough about my pet hate.
A week ago we suddenly started to catch rats.  It could be the new trap we bought at the market.  The commercial traps have so far met with no success at all.  A total waste of time and money.  The homemade trap from the market has been awesome and a credit to human ingenuity.  It’s a wooden box with sides made from strips of soda cans.  A hook hangs down like a fish hook that you hang the meat onto.  The rat has to enter the box to get the meat on the hook.  One attempt to touch the meat and the trap is sprung, resulting in the rat’s instant decapitation.  The actual mechanism of the trap is similar to that of a clothes peg.  Very clever indeed.  So far, FIVE rats have succumbed to the temptation to taste our tasty treats.  I LOVE IT!  Bring it on, Ratty!
NaNoWriMo has passed the half-way mark and I am still a way behind.  Work constraints, ant and rat-catching are distractions I can’t ignore.  The good news is I have crossed the 20 000 word mark, so that must mean something.
It’s amazing how difficult the first 10 000 words are.  Even though you have your outline and character sketches, that’s not enough.  Developing the characters and plot requires a lot of thought and grey matter that is often tired after working overtime throughout the day at work.  Writing and working full-time is not easy.  But by the 10 000 mark, something magical happens.  Writing is no longer a chore.  The plot is moving along, the characters have formed, and they start taking over so that the writing just flows.  My fingers develop a life of their own as they race across the keyboard.  This is the best time and when writing is at its easiest.  So even though I am behind where I should be my gut feeling is that I will eventually catch up.  My characters will see me right and carry me to the end.
Have an incredibly great restful weekend!
Love
Cindy
Posted by Cindy Vine at 12:36 PM No comments: 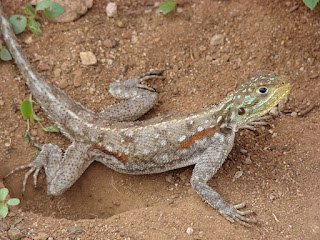 I've decided to open up my house to the public as a wildlife park.  I reckon I can make more money than I do from my writing by selling all day passes at my gate to tourists keen to see the real Africa.  Forget lions, elephants and buffalo.  Seriously, they are completely over-rated and look the same as they do in the National Geographic.  Rather experience the everyday wildlife found in Moshi houses.
Besides many different species of lizard which grace my garden, the bright turquoise ones with the neon orange heads are my personal fave, scratching in the lush tropical plants might unearth a snake or two.  But the best is the five different species of ant that have taken over my house.  The big sugar ants attack anything sweet.  The big black ants with a ferocious bite use my toilet bowl as their personal watering hole.  If you use the toilet in the middle of the night without turning on the lights, prefering to go in the dark, you are at risk of being bitten on the bum by an angry ant who was there to drink water.  Then there are the tiny ants which appear out of nowhere and descend on any kind of drink or foodstuff within seconds; and the medium sized regular ants who march in single-file along the doorframes of the house.  Just outside the back door are the giant siafu, dinosaur-type ants who attack you en masse if you stand still near them for anything longer than 5 seconds.
In the rainy season we had the flying termites leave piles of discarded wings underneath the outside lights but thankfully their time has passed.  Big fat juicy geckos hide in all the curtains waiting to drop on you when you open or shut the curtains.
At least once a week a giant cockroach makes its appearance before getting taken out by a spurt of DOOM.
But the most exciting thing I can offer at my Moshi Wildlife Park, is the chance to go on the trail of the cleverest rats on the planet.  You can follow their poo, see samples of their diet (half-eaten fridge magnets, soap with bite marks, chewed candles, half-eaten painted egg shells) and try and find their nests.  These rats have super-powers, able to drag the rat trap across the floor, remove the special treat, without setting off the trap.  In broad daylight a chicken carcass mysteriously disappeared and was found later, well-chewed, behind the fridge.  The rats even managed to lick off peanut butter which had been spread lovingly across the trap without setting it off.
The crows in my big tree next to the barbecue create a fuss everytime I light a fire and dive-bomb me while I'm cooking outside.  Seriously, how stupid can they be to build a nest in the branches of a tree above a barbecue!  They should get some brain matter from the rats.
The dogs next door save their howling, barking, yapping, whining, crying for between 11pm and 1am, so unless you want to do a night drive, you might miss out on them.
And this is November, the month I look forward to all year, the month I compete in NaNoWriMo and attempt to write 50 000 words of a novel.  Here's hoping that my wildlife grant me some respite so that I can get to do some writing this weekend!
Have a great weekend, and if you know any rat-catching tricks, please pass them on!
Cindy
PS. An added attraction might be the askari I am thinking of locking up in a cage after he entered my house while we were there, and stole my Blackberry off the kitchen benchtop.  He was hired as a security guard to protect the house occupants from local criminals, but instead turned into a criminal himself.  Luckily, the askari chief arrived and used psychology to persuade him to give the phone back.
Posted by Cindy Vine at 12:34 PM 2 comments: