The grass isn't always greener on the other side 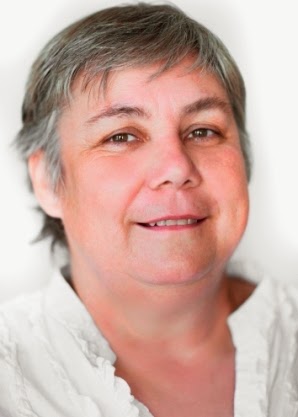 After 15 years away I am coming home.  I’d lived away from home when I first started teaching, returned for a couple of years and then left again.  28 years of teaching and I’ve lived and worked in 11 different countries.  The world has changed quite considerably in that period.  South Africa has changed.  People’s perceptions of South Africa has changed.  But no matter where I have lived, I have always been proud to call myself South African.  Cape Town has always been my home.
Living and holidaying in a country are two very different things.  When you are on holiday you do not grasp the high cost of living and the problems facing the country.  Things might seem to be expensive but you budgeted for it when you planned your holiday.  In New Zealand I had to work two jobs to make ends meet.  A beautiful country with a high cost of living.  In China and Korea pollution was an issue and gave me throat problems.  Also the sheer amount of people, pushing and shoving, was sometimes claustrophobic.  Thailand with its great food and beautiful beaches, a façade which hides the rats, filth, stray dogs, sex trade and poverty.  No country is perfect.  Every country has its own unique set of problems.

One is continually told about the crime in South Africa.  When expat friends would hear I was going back for a holiday, they would always ask me if I was scared or feel unsafe.  South Africa has always been where my heart is, no matter where I lived.  Let me tell you every country has crime.  I was in New Zealand two weeks when I had my first burglary.  My last burglary there, I opened my front door and there was just dust where my furniture used to be.  They even stole the sheets when they stole the beds, broke the kitchen bench top to get out the dishwasher.  In China I was pick-pocketed, had a laptop snatched, and a break-in where they even stole my cell phone that was next to my bed where I was fast asleep.  In Botswana my washing was stolen off the wash line.  In Tanzania they broke in and stole my laptop, portable hard drives containing 10 years of music, video camera, cell phones.  Maybe I just have bad luck.  But then again, a friend was burgled when I lived in Kyiv.  Another friend lost all valuables when his house was broken into in the UK.  My son had his camera stolen in America.  So it’s not just me who has experienced crime in other countries.  Despite what many South Africans think, crime is not endemic to South Africa.  Crime is worldwide.  Leaving South Africa to escape crime might be a hasty decision.  Sometimes what appears to be luscious green grass on the other side turns out to be toxic weeds hiding sharp poisonous thorns.
Unemployment is another factor which causes people to leave South Africa.  It is one of the reasons I left.  As a single mom of three children without any child support I needed to provide for them.  My children have all graduated high school and gone on to study further.  My eldest daughter graduated in New Zealand, my son in China and my youngest daughter in Tanzania.  The positive is that they all regard themselves as global citizens.  The negative is that they are third culture kids.  Buying a house in Cape Town a few years ago gave us all roots so that we no longer felt anchorless.  We have a place to come home to for holidays.

But now the time has come for me to return.  With a head full of memories of overseas friends and crazy adventures, it is time to settle down to life in South Africa.  Having not taught in South African schools for so many years, I realised that it would be virtually impossible to get back into the system.  The only way would be to start a business in the educational field.  After doing some research, I have opted to open an educational consultancy in Table View in Cape Town.  The Learning Vine helps students wanting to study overseas find the right university and course to suit them, and assists with the convoluted application process.  In addition, I’ve bought a franchise for the GoFocus Remedial Programme which will run afternoons and will run a home-school for children in the mornings who are struggling with being in a mainstream school.  With my youngest still studying I have to generate an income.  Creating my own employment was a necessity but it is doable.  Moving home means setting up new accounts, getting another tax number and heaps of things that you don’t think about when you make the decision to return.  Being back in South Africa for good is worth the tough times that will lie ahead as one struggles to get a new business off the ground.


Having travelled the world, I can evocably state that South Africa is one of the most beautiful countries in the world with the friendliest people and an acceptable cost of living by world standards.  Don’t take what you have here for granted.  It’s not always greener on the other side.
Cindy Vine is the author of Hush Baby, Not Telling, C U @ 8, The Case of Billy B and Defective.  All her books are available on Amazon in kindle and paperback format.  http://cindyvine.com
Posted by Cindy Vine at 2:03 PM 4 comments: