Here's why you should thank Shithole countries in Africa, Mr Trump! 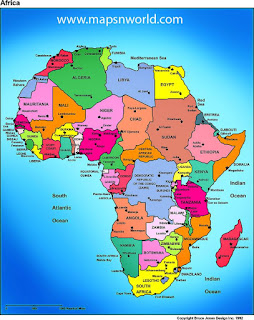 Donald Trump has always been known to open his mouth to change feet.  The words pour forth from his Parson's Nose lips before he engages his brain.  My Granny always told me to think before you speak.  This is sound advice that Trump should take.  Referring to African countries as 'Shithole Countries' belies him being a stable genius.  Voicing his ignorance shows that he is not very smart at all.  He has no idea of the achievements that have come from the African continent over the years.  Achievements that show the resilience, creativity and indomitable spirit of a people who rise up and make a difference despite where they have come from and the odds against them.  It doesn't matter which country you come from in Africa, in some respects as Nelson Mandela so succinctly said, "All Africa is one."
Even though America has far more financial resources available than the Shithole African countries Trump so despises, there are certain inventions and discoveries that America, with all the resources at its disposal, was not able to make.  These remarkable feats have made life better for Americans and are helping to make America Great Again.  Mr Trump, you should be honoured that people from Shithole Countries in Africa want to immigrate to your country.
Here are some discoveries and inventions that came from countries in Africa.
1.  The world's first successful heart transplant was performed in South Africa.
2.  The CAT Scan was invented and developed in South Africa.
3.   Scientists in South Africa developed the technology to extract oil from coal.
4.  The swimming pool vacuum cleaner was invented by a South African.
5.  The special glue used to hold together the landing craft in the first moon landing was invented by a South African.
6.  Those 20 ton concrete blocks used in harbours all around the world to protect harbour walls and break up wave action were invented by a South African.
7.  The special spray you put on car engines to help them start easier in cold weather, and to ease squeaky door hinges was invented by a South African.
8.  The Retinal Cryoprobe, a new form of cataract surgery, was developed by a South African.
9.  The Smartlock Safety Syringe which prevents contamination was invented by a South African.
10.  Ancient Egyptians invented and developed so many things that make our lives easier today - Mathematics, Medicine and Surgery, Architecture and Engineering.
11.  Historians reckon that the first speech and language used by early man emerged in Africa.
12.  Mining of minerals and metallurgy originated in Africa.
13.  There is evidence to suggest that Africans sailed to South America and Asia hundreds of years before the Europeans.
14.  The oldest art objects in the world were discovered in Africa.  Africa isn't known as the Cradle of Humankind for nothing!
15.  Coffee as a stimulant, originated in Ethiopia where it grows wild..
16.  Picasso was inspired by African Art.
17.  The mineral used in rechargeable batteries in mobile phones comes from the Democratic Republic of Congo.
18.  Nando's flame-grilled chicken, loved the world over, originated in South Africa.  There's even a branch in Washington DC, Mr Trump, should you decide to eat something other than a cheeseburger.
19.  The concept of Ubunthu - a shared humanity, originated in Africa and was used by Nelson Mandela to help heal a country after apartheid.
20.  Freeplay foetal heart rate monitor which is power free was invented by a South African.
21.  Jazz is based on African rhythms and melodies.
22.  Shea butter used in creams and lip balm was developed in Africa.
23.  The first ever penis transplant was performed in South Africa.
24.  A Nigerian created a device that can detect explosives and cancer cells.
25.  Two Ghanaian women developed an app which is fitted on waste bins to direct the public on proper waste disposal.
26.  A group of Ghanaian scientists and IT professionals developed an Artificial Intelligence Healthcare System.
27.  In Kenya they are making electricity grids that provide power for a whole village.
28.  A Ugandan engineer has designed a biomedical smart jacket which can diagnose pneumonia 3 times faster than a doctor.
29.  A man in Cameroon invented the Cardio Pad, a handheld medical computer tablet which reads a patient's heart function and then sends the results to the heart specialist in the big city via a mobile phone connection.
30.  The founder of Paypal was a South African.
I could go on and on Mr Trump.  Personnel carriers that can drive over landmines, shark shields to protect scuba divers, a military attack helicopter than can make a 360 degree loop, radar system used by professional golfers and the whole concept of prepaid mobile phones - these all came out of Africa.  So the next time you open your mouth to change feet, take a minute first to think about what you are saying and the implications it might have on others.
Cindy Vine is the author of Not Telling, Defective and Hush Baby.  All her books are available on Amazon.com in both Kindle and Paperback format.

Posted by Cindy Vine at 7:56 PM No comments: Links to this post 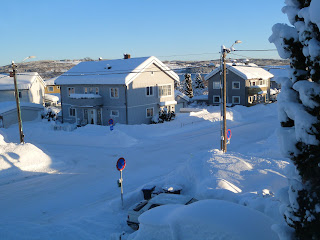 My whole life has been spent off the beaten path.  It was never intentional.  Never something planned.  It's always just happened spontaneously.  I am on the path following everybody else, and then VWOOMAH!  Everybody has disappeared and I trudge through the thick undergrowth, fighting branches with spiky thorns, to try and find the well-used path again.  The problem is that when I find it, my Dorothy Slippers fly me off somewhere else again.  It is an ongoing battle I'll never win.  There is a part of me that wants to conform, wants to do what everybody else does.  But when an idea presents itself that sounds good at the time, logic has no place in this mind.
Take today for example.  I needed to buy quite a bit of groceries as I have some recipes planned for tomorrow that I want to try out.  Usually, I only buy what I can carry in my backpack which is quite limiting when you have big things planned.  But today my backpack was already full of wool I had bought to knit myself a sweater during the long cold evenings.  When I arrived at the supermarket, I decided to be smart and only take a wheelie basket, as you can't fit that much in it.
I should have realised that it is Cindy we are dealing with here.
Soon my wheelie basket was so full that I couldn't force another item into it, and had to carry the bag of flour in my hands while pushing the overflowing basket, having to stop periodically to try and pick up items that fell out.  This proved to be quite difficult, as I had to keep holding the handle of the wheelie basket so that it didn't fall down and knock groceries off the shelf, with one hand, and carry the bag of flour with the other.  I tried my best not to look frazzled.
With all this going on, I forgot to look at my shopping list I had spent a large part of the morning drawing up.
At the checkout, I was pleased that my groceries only filled 4 large shopping bags.  My triumphant smile as I packed them soon turned to despair as I tried to lift them.  It felt like I had gone to a quarry and bought rocks.  What the hell did I buy?  I staggered to the escalator, wondering how the hell I was going to walk the length of the Mall carrying 4 large bags filled with rocks.  As I approached the first escalator, I realised that I no longer had any feeling in my fingers and that I was about to drop my groceries.  Glancing down, I noticed my fingers had changed colour and were either as white as the snow outside, or as purple as an alcoholic's nose.  It was at that point I realised that conforming was not going to work.
I turned around and staggered back to the supermarket, paid a deposit for the shopping trolley, and blissfully packed my grocery bags and very full backpack into it.  Flexing my fingers, I managed to get some of the feeling back. 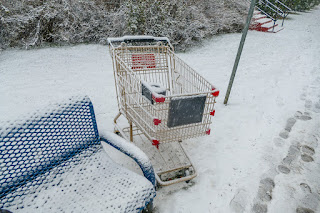 Where I stay, the taxi rank is at the train station, about 100m from the shopping mall.  As I exited the Mall and began to push my laden shopping trolley through the snow, I became aware of strange looks from the locals walking past me.  It was true that nobody else was pushing a shopping trolley outside, and I did seem to be the only one, but at the time I didn't realise that I was leaving the beaten path again.  Until my shopping trolley got stuck in the snow!
No matter what I did, I couldn't make it budge.  Luckily, a kind Dad with his two young children pushed it from behind while I pulled it from the front.  He first spoke to me in Norwegian, but when I explained that I hadn't yet mastered the language, he explained in English that nobody ever takes a trolley out of the Mall and this was the first time he had ever seen anybody attempt it.
Maybe I have started a new trend.
Cindy Vine currently lives in Norway and is the author of Not Telling, Defective and Hush Baby.  All her books are available at Amazon.com in both Kindle and Paperback format.
Posted by Cindy Vine at 6:43 PM 3 comments: Links to this post 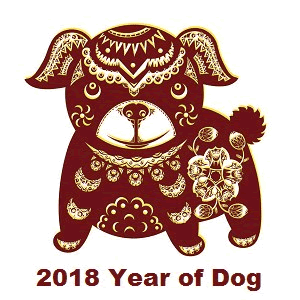 In the Chinese Horoscope, 2018 is the Year of the Brown Dog.  I'm not sure what that means for me.  As I think about the year ahead, I have absolutely no idea what lays ahead.  I have no plans, no agenda, no secret dreams.  2018 is like one giant blank canvas.  I have not drawn pencil outlines of New Year's resolutions.  In fact, I haven't even taken the blank canvas out of the cupboard.
Prepare to be surprised.
Believe you me, nobody will be more more surprised than me.
I am tired of setting goals that I know I'll never keep.  So for me, 2018 is going to be the Year of Winging It. 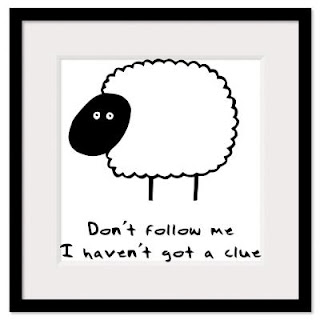 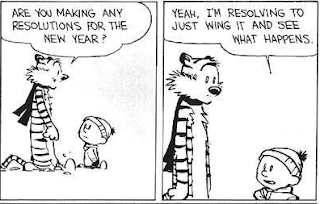 There is a certain comfort in not being restricted by the boundaries of a plan for the year.  I don't have to conform to fit in.  I can build my box as materials land on my doorstep.  The choice of the amount of box openings and the direction they open, does not have to be made in advance.  In fact, I might not even put my life in a box in 2018.  The sky really is the limit and it's rejuvenating.
Cindy Vine is the author of Not Telling, Defective and Hush Baby.  All her books are available on Amazon in both Paperback and Kindle format.
Posted by Cindy Vine at 6:24 PM No comments: Links to this post