Reaction from a Freedom Club reader

This is a letter I received from Jon Howard whom I do not know and have never met before.

I’ve just finished reading the freedom club (it’s 3:18am and I’m not normally a night person) and I just had write back and say...
Wow
Thank you
That was amazing
Awesome
Scary
Intense
And so much more.

As a victim of bullying back in the 80’s when I was at school I thought long and hard about your story and what it meant to me. It dragged back feelings of sickness and revulsion at the bullies in your story, you did an amazing job on the characters adding a degree of depth and realism that only the bullied can ever really appreciate.

I’m just so grateful that access to social media wasn’t a thing back then as I know I would have been even more of a victim and god alone only knows if I’d ever have been able to recover from some of the crap that the bullied of today have to deal with.

As a victim of being bullied I can appreciate the utter destruction that it does to ones feelings of self worth and confidence and as a parent it was my greatest fear that my kids would be bullied and so I always tried to to what ever I could to quash any signs of bullying and give my kids the level of self confidence that would allow them to develop their own armour. I’ve often told them that if they can’t look in the mirror and learn to love the person looking back then they’ll never develop the sense of self worth that is required to believe that they are worth fighting for, and to stand up to the bullies.

I’ve never understood the compulsion that drives bullies to do the things they do, I think maybe that is lacking a little in your story, but to do that might almost humanise the antagonists to the point where we’re not genuinely happy to see the bullies get their just desserts (so to speak)

Regardless I was drawn into the story and once started I had to finish, I had to see where it would end - I don’t know if it was intended but I felt a strong vibe of the second season of The Netflix show American Vandal and if you haven’t guessed it already i really enjoyed and appreciated the opportunity to read it. I think enjoyed might be the wrong word as I felt this was at times hard to read yet compelling all the same. Again if I had to draw a comparison I’d link it to the experience of watching American History X

Anyway, it’s late (or early) and I’m rambling a bit so I just wanted to thank you again and can’t wait to read some more of your work. 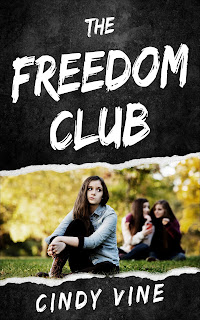 You can purchase The Freedom Club on Amazon in both ebook and paperback format.  Here is the link for the ebook.

Cindy Vine is a South African currently living in Norway.  She classes her books as 'reality'  fiction as they cover everyday social issues many people face.  The Freedom Club has been translated into both Spanish and Portuguese.
Some of her other novels are The Case of Billy B, Not Telling, Defective and Hush Baby.
Posted by Cindy Vine at 1:09 PM No comments: 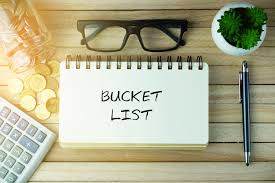 Not everybody has a life that is perfect all the time.  Most people have a life full of ups and downs - a bit like a roller-coaster.  When you are on the down part it is easy to get depressed and fall into a funk.  A bucket list can move you out of that dark place.
A bucket list is a list of things you'd like to do before you die, or kick the bucket.
We all have dreams and goals.  We just don't write them down.  Sometimes we store them in some obscure part of our brain.  Most of the time, those dreams and goals gather cobwebs as we push them further and further away.  If we are not careful they will become out of sight, out of mind.  Writing them down brings them to the fore.
Granted, not all dreams are achievable, but many are doable.  The doable ones, write down on your bucket list and then make a plan to start ticking them off your list.  Planning to achieve and complete items on your bucket list is certain to get you out of the funk as it gives you a purpose.  Something to work towards.  A reward to celebrate the journey.
For me a bucket list is all about keeping my spirit of adventure alive.  I want my gravestone to read "She lived her life to the fullest."  I want to experience as much as possible and make as many memories as I can to savor and ruminate over when I am too old and frail to do anything.  And then of course, I might go before I get old and frail.  You just never know.  So, I have to try and do as much as possible before my time is up.
My bucket list gives me hope as well as happiness.  If I find myself feeling down, I will focus on my bucket list and start to get excited.  What should I do next?
For every item I tick off, I think of a new one to replace it with.  So my bucket list is continually evolving.
I have a few bucket list items coming up soon that I will be able to tick off my list.  What can I replace them with?  I feel happy just imagining what I can do next.
Cindy Vine is a South African currently living in Norway.  Besides ticking items off her bucket list, she is the author of The Freedom Club, Defective, Hush Baby, CU@8 and others.  Her books are all available on Amazon.com in both ebook and paperback formats.  www.cindyvine.com
Posted by Cindy Vine at 9:19 PM No comments: