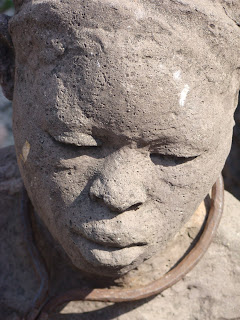 There have been times on my travels when I have come across signs of man's inhumanity towards his fellow man which has left me feeling deeply disturbed. The Nanjing Massacre Museum in China was one, the Killing Fields in Cambodia was another. Last weekend in Stone Town in Zanzibar I came upon another. The slave trade. It wasn't just a case of tearing apart families and wrenching them away from their homes. It was the unnecessary cruelty that went with it. Like the slave traders had a brainstorming session beforehand to come up with different and creative ways to make the slaves' lives more miserable. They stole people from the Congo, Uganda, Tanzania, Kenya, Zambia, Zimbabwe, Malawi and marched them in chains to Bagamoyo in Tanzania where they were crammed into ships and taken to Zanzibar to await the slave auctions at the market. Families were separated. The traders came up with a cunning plan to chain slaves from different tribes and countries next to each other, so that your neighbour didn't speak your language so no conversations could take place. That way nobody could communicate their escape plans to each other. 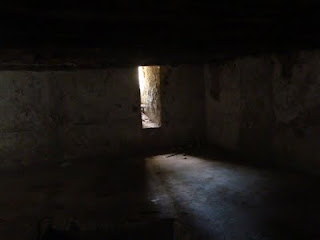 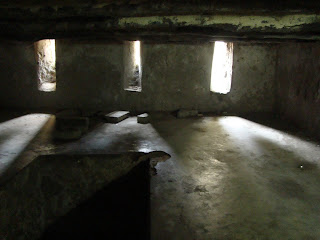 Many slaves were buried alive in the foundations of new buildings being erected to 'strengthen' them. The strongest were placed in tiny cells with low ceilings so that standing upright was impossible. The only light and ventilation coming from two narrow slits in the wall. A ditch filled with sea water ran down the middle of the cell where they were supposed to relieve themselves. The smaller cell held fifty men, the slightly bigger cell held 75 women and children. They had to wait in the cells chained together in neck chains for 2-3 days until auction day. The guide who took us around explained that only about 50% of the slaves would survive until sale day. Having gone into the cells I would imagine many would have suffocated to death. But the cruelty did not end there. On market day they would be tied to a whipping post and whipped to see how strong they were. Obviously the stronger they were, the more money they were sold for. The base of the whipping post is in front of the communion table at the Anglican Cathedral. They have put red tiles around the whipping post base to symbolise all the blood that was spilt. The Cathedral was built on top of the old slave market and the original holding cells are still there. The baptism font made of Italian marble is at the back of the Cathedral over the place where unwanted slave children were killed. And a further cruelty was that many of these slaves were sold to the traders by their own chiefs and village elders. Greed is a terrible thing, isn't it? I wonder if those chiefs and elders ever felt guilty by what they did to their own people, or did the wealth they got from their treachery sweeten their dreams? 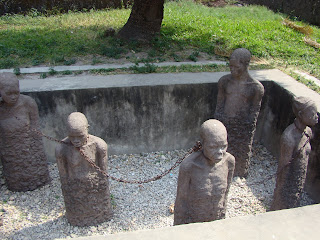 In the garden of the Cathedral is a stark poignant sculpture by Clara Sornas, of five slaves in a rectangular pit wearing original neck chains. A haunting reminder of man's inhumanity to man.
Posted by Cindy Vine at 10:07 PM

This was definitely a horrible time in history. You told it well with such compassion that it brought me to tears. It is unfathomable to think of the cruelty and cold hearts that have ruled over men since almost the beginning of time. I don't know what your religious beliefs are but I take heart in the promises that the bible gives us that GOD will rid this earth of the wicked one day. Man cannot rule the world in the right way, no one seems to be able to anyway. Such a lesson to be learned from this story, and so very well told Cindy. I really enjoyed this. I will think of these people when I sleep tonight and my prayers (although too many years late) will still go out to them.

It was a horrible time and it is hard for us to understand exactly how much they suffered and were dehumanized.