An interview with Miss Snark

Christmas time, the season to be jolly.  What people don't tell you is that the days before Christmas are spent rushing around like a blue-arsed fly trying to get shopping done and presents wrapped.  By the time Christmas day arrives you are exhausted, spent, and all you can do is smile inanely and thank your nephews for all those bars of chocolate they bought you as presents.  Even if your top New Year's resolution was to lose weight and get in shape for June's big European adventure.  The day after Christmas you wonder what happened.  Has Christmas already been and gone?  OMIGOD that means the year is nearly over! 2011 is nearly done and dusted.  Another year older and deeper in debt.  Wasn't that a song?  And then you remember.  Crap.  I had to read a book and write a review and post it on my blog on December 26th.  Surveying the dirty dishes from last night and rolls of unused Christmas wrap on the floor, I figure I'd better get started.  House cleaning can always wait. 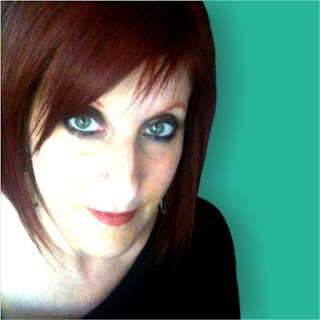 Rachel Thompson is the Queen of Snark.  The Mancode: Exposed is her latest book and it is overflowing with snark.  I love it!  Straight-talking, shooting from the hip, calling a spade a spade.  This lady doesn't mince her words or disguise them in brightly colored Christmas wrapping.  She says it like it is, and if you can't understand what she is getting at, it is probably because you don't have a vagina.  God's truth.  That's what she said.
Rachel Thompson has an easy-to-read writing style.  You might think you were only going to read a quick chapter before doing those dirty dishes, but believe you me, you'll sit smiling and nodding your head in agreement as you read The Mancode: Exposed in one sitting.  Those dirty dishes can wait.  They weren't going anywhere and there are no such things as fairy godmothers who'd fly in, wave a magic wand and they'd be done.  They'll still be there waiting for you.  I promise.  From men's penchant for farting and hiding the remotes, disgust for directions and having cabinets installed in the garage, The Mancode: Exposed exposes it all in a very witty, snarky way.  Highly recommended for anybody who doesn't suffer from sense of humor failure. 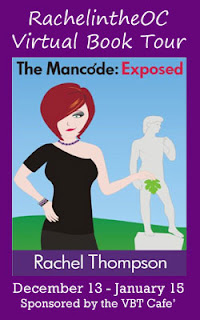 It is my great pleasure to introduce to you Miss Snark herself, Rachel Thompson.  Can we have a drum roll here please?

Rachel, can you tell us why you started writing, what motivates you to write, etc.

How much time have you got? J
I started writing as a child after my fourth grade teacher read us The Secret Garden. I’d always been a reader from an early age. My mom always had her nose in a book – still does (well, a Kindle now). But when my teacher read that book to the class, one chapter a day, I thought I was going to die – I had to know what was going to happen to Mary and Colin! #deargod


On my first date with my husband, he took me to see The Secret Garden on Broadway, front row center. He’s a very, very smart man.


Though I have a degree in Communication Studies and Journalism, professionally, I made my living as a pharma rep (hated it) and trainer (loved that) for a good fifteen years so writing took a backseat, though I always kept journals and wrote stories and poetry.


As for writing as an adult professionally, I began my blog RachelintheOC.com in 2008, in addition to writing for The Examiner and Blogcritics, reviewing books, music, events and beauty products (I’m quite the makeup junkie). I didn’t find it fulfilling but marketing-wise, it gave me great exposure. 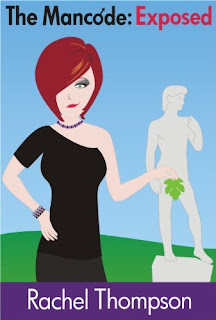 Once I expanded my social media platform and began my Mancode essays and really found my niche writing about men and women, the whole idea for my first book A Walk In The Snark formed. About that time, an old boyfriend (whom I almost married) reconnected with me on Facebook and within three month, committed suicide. This was in 2009. Though happily married, his death really threw me and my way of dealing with my grief was to write about it. A few of those essays made their way into the book.


Around 2010, I cofounded the Indie Book Collective also with Carolyn McCray and Amber Scott with the goal of helping authors learn social media and self-publishing.


While the book is primarily male/female humor, loss is a natural extension of love, and many people have contacted me with their own stories. It’s been an amazing experience.


The book reached #1 on the Kindle Motherhood list in September this year for the first time (during the first Indie Book Collective Indie Book Blowout event) and has hit at least 15-20 more times. It’s currently #1 right now! It’s also tops in Parenting and Family, and Family Relationships with an average 4.8 star-rating. I’m so honored.


As for my latest release, The Mancode: Exposed, I’ve become known as the Mancode chick. Those are clearly my funniest essays (as long as one HAS a sense of humor). There are plenty of cranky men who gave me a hard time with the last book who thought I was stereotyping men (though I’m not sure how citing actual examples of behavior is stereotyping but whatev) and became in some cases livid and even wrote me expletive-filled letters, unfollowed or gave 1-star reviews – surprisingly, I love those Mancode-type reactions because it just proves my theories #hehe.


I even gave one section of this book the title DNA & STEREOTYPES to deal with the detractors head on. I hope they realize that women are part of the reaction as well and I discuss chicks (Chickspeak) plenty in the book (“give us chocolate or we will cut you”).


I released the book right after Thanksgiving this year and it’s already reached Top 10 on both the Marriage and Parenting and Family Humor lists with an average 5-star rating. I hope you enjoy it.


In fact, I’m writing Chickspeak: Uncovered right now…ya know, why we say stuff we don’t mean, or how to interpret what we say when we’re in a chocolate coma. Why you should have taken AP Chick in high school. Like that.


Thanks Cindy for the time and opportunity to chat! 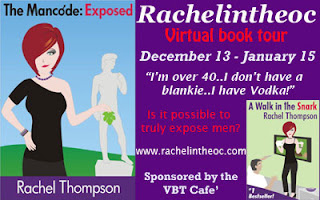 Seriously, if you want to read something that is full of light-hearted truisms that will make you smile and think "That is on the mark," then buy your copy of The Mancode: Exposed today.
Hope you're recovering from the festive feasts!
Cindy Vine
How to Say No to Sex and other Survival Tips for the Suddenly Single

*Giggles* You never fail to crack me up! I love your sense of humour. I bet it comes through in spades in your writing! Can't wait to find out :-)
-Dawn aka dawnmomoffour
thedoyle6@rogers.com

Thx Dawn -- this was a fun guest post/interview to write! Happy Holidaze :)

So, you were a trainer, too? Just how perfect are you and why aren't any of my women more like you? It's not fair.

Thx Landon & from your mouth to reader's ears :))

& thx to Cindy for a wonderful review! How much does she rock? I love when people get my humor. So many don't. Which is fine. Of course, they're almost always men, of course #teehee

Though there was one woman who felt my first book was too sarcastic. I'm guessing the title wasn't enough of a hint? #sigh

I enjoyed hosting you Rachel. Your book was inspirational, I loved it. Found myself giggling at the shopping mall when I saw some men blatantly displaying the mancode. And I got your humor, think I have a few tablespoons full of snark in me myself.