" Most failures in life are failures in commonsense."
When I was given the opportunity to host Jonathan Wutawunashe on my blog I was very excited.  Jonathan is from Zimbabwe, one of South Africa's neighbours.  Zimbabwe gets so much bad press in the news, it is great to be able to celebrate something good from Zimbabwe for a change.  Having traveled through Zimbabwe on numerous occasions, I have to say it is a beautiful country with a fascinating history. 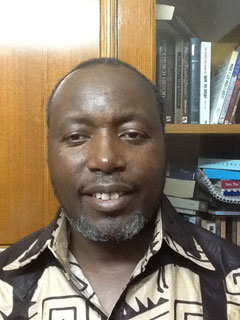 Jonathan has written a great book on how to realise your dreams called 'Fulfil your threats.'  He shares with us a post he wrote about lessons he learned from his sister Edna.

Lessons from my Sister Edna
A  Guest Blog by Ambassador Jonathan Watawunashe
When my sister Edna was born, I remember that the entire family was excited. Her most obvious mark of uniqueness was that she was the first and only girl in a family dominated by boys, but as time went on, we all realised that her uniqueness did not stop at gender. For one thing, she was gifted with a mighty pair of lungs, which, as an infant, she employed to great advantage. When she was disappointed in any way, you did everything you could to stop her crying; the way we all got destabilized and frantic, you would think world peace was at stake! I think that Edna decided from that early stage to live her life as an accomplisher and an influencer of people. I intend to do three posts on aspects of my sister’s personality that I have found to be worth emulating, and that I believe represent important traits of an effective person. In this post, I shall focus on Edna’s incredible drive.
I was surprised when, at the age of nineteen, Edna announced that she was joining the Police, and was being assigned an entry-level job at the General Headquarters. Naturally, I was happy that she had found employment at that early age, but I was at the same time a little apprehensive about her prospects in a career then largely dominated by males. Elder brothers tend to be protective, sometimes overly so. I was therefore genuinely attentive whenever she talked about what was happening at work. I wasn’t sure, though, if I was hearing right when she briefed me about the rapid progress she was making as a rookie, but it was hard to miss the enthusiasm with which she described details of her training and other aspects of her life in the Police. Edna’s enthusiasm was simply infectious, and I could tell that she was throwing herself into her chosen career without reserve. While kind people have cited us as a family of achievers, I honestly believe that our sister takes pole position where absolute commitment to a chosen course of action is involved. The manner in which she seeks all kinds of skill and knowledge that relates to the pursuit she is engaged in makes the point I try to make in my book on the necessity of empowering oneself with relevant knowledge much more convincingly than my prose does. 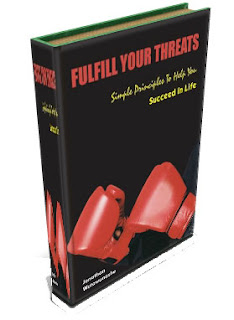 In just a few months, Edna was regraded favourably in her job, and there was talk of her pursuing an accelerated and very promising career path. What impressed me was her determination to wring every opportunity for whatever sap it contained, a procedure that entailed taking every training course that dared present itself in her path. She left the organisation she worked with with no option other than to keep upgrading and promoting her. One of the courses she pursued with fervor was secretarial training, and I remember being briefed in detail from the thirty words-per-minute stage, through eighty to one hundred and twenty. As a result of her commitment to higher attainment, Edna quickly became a force to reckon with, and was assigned to high offices. When she announced her intention to move on, Police General Headquarters, I am sure, felt greatly deprived.
Edna’s next stop was the Headquarters of a large telecommunications concern, where, once again, her enthusiasm and drive quickly propelled her to prominence. Like all successful people, she continued to define herself as a thirsty learner, allowing herself considerable lateral vision, which exposed her to several life opportunities. Because I am her brother, I got to meet many people whose resumés were remarkable, and some of them have remained family friends. It fascinated me that my little sister was being cited as a mentor and opinion leader by so many people, some of whom had titles that ranked higher than her own. What an influencer! People who have drive are constantly seeking opportunities that test and exercise that drive, and in that quest, they touch many lives. 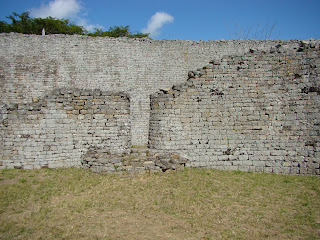 A combination of drive, peripheral vision and lateral thinking created an achievement that I marvel at even today. At a time when the real estate market was severely constricted, Edna spotted an opportunity that I must confess I was at first sceptical about. This opportunity involved a rather complex investment scheme that promised high and rapid returns. People who possess Edna’s kind of drive and determination tend to be good at seeing gains where lesser mortals see only risk. Once she committed herself to the scheme, my sister concentrated a phenomenal focus on making it work. Indeed, as I write, it strikes me that Edna is a true illustration of the admonition I put in the chapter of my book where I discuss management: “when you pay money, you had better pay attention.” The outcome of this concentration and unrelenting drive was a very impressive suburban home.
Bio
Ambassador Jonathan Wutawunashe cut his teeth as a diplomat in Washington, DC and New York during the 1980s. Educated and trained in his native Zimbabwe, in Australia, the United States and Belgium, Wutawunashe played key roles as a top manager and leader in key posts and functions in Zimbabwe, North America, Europe and Asia. One of his more widely publicized accomplishments was his presentation of the case against nuclear weapons at the International Court of Justice in November 1995.


Ambassador Wutawunashe is a sought-after speaker and counselor who has motivated audiences at universities, churches, training seminars, trade symposiums and in other contexts in Africa, Asia, Europe and North America. His personal achievements include writing for magazines and academic journals from an early age, musical compositions and an extensive discography that has caught the attention of researchers and writers on global culture. He has done creative work for television, for which he has received plaudits, and has also established several  audio-visual recording and mastering studios. The Ambassador holds  post-graduate degrees in literature and social sciences. He is married to Shuvai, and the couple have three children, Tinashe, Tendai and  Paidamoyo.  You can read more about Wutawunashe on Wikipedia: http://en.wikipedia.org/wiki/Jonathan_Wutawunashe. 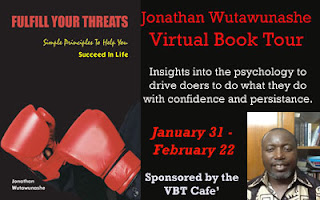 Description:
This incisive, well-written book shares profound insights into the psychology that drives doers to do what they do, and to do it with confidence, method and persistence. Its energizing claim is that we can all be effective doers if we take simple steps to yank our ambitions from the realm of idle thought and idle talk, and to mobilize those dreams and aspirations into projects that achieve results that can be seen, touched and experienced. Wutawunashe draws from experience and observation to illustrate how business ideas, personal development efforts, social influence and other schemes can be pursued in a manner that assures effective, sustained impact . In an engaging style that melds entertaining anecdotes, humorous turn of phrase and powerful didactic principle in a uniquely seamless manner, Wutawunashe delivers a powerful manual that could well come with a warranty, given the ease with which the reader can apply these lessons and see results.
Video Review Link: http://www.youtube.com/watch?v=ANidCr0-14E&feature=g-upl&context=G205ab81AUAAAAAAABAA
Author: Jonathan Wutawunashe
Available on Amazon in Kindle Format: http://www.amazon.com/Fulfill-Threats-Principles-Succeed-ebook/dp/B00375LJA0/ref=sr_1_1?s=books&ie=UTF8&qid=1322349679&sr=1-1
Website:  http://www.fulfiilthedream.org
Blog: http://possibilitypages.blogspot.com/
Facebook: http://www.facebook.com/possibilitypages
a Rafflecopter giveaway


a Rafflecopter giveaway
Do please put your valued comment in the comments box that appears when you click on “comments”, and don’t forget to subscribe to this blog to receive notifications of interesting posts that could help you accomplish your life goals.

Thank you for hosting Jonathan today :).

I wish I had Edna's energy! What a motivating person she sounds to be.
Thanks for a fascinating post.