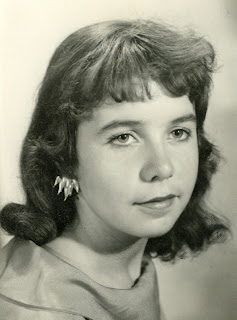 My mother has to be one of the most beautiful women in the world, and this week she celebrated her 70th birthday in style with a fabulous dinner for over 100 guests at the One and Only at the Waterfront in Cape Town.  The ambience was fantastic and it was great to catch up with family and friends not seen for years, all people whose lives my mother had touched in some way.  She is a remarkable woman and I pray that one day I might fit into her very big shoes.
The week flew by so quickly with visits to different doctors each day.  The plastic surgeon on Monday; endocrinologist Tuesday, pre-admission Wednesday, sentinel node mapping and the breast surgeon Thursday; and before I knew it, it was Friday and the day of the op.
There was a slight hiccup when the hospital phoned me and told me that I hadn't come in fo my blood-thinning injection to prevent blood clots.  The plastic surgeon had forgotten to tell me he'd made an appointment for me.  No worries, I popped into the nearest pharmacy, got the doctor on the phone to tell them what |I needed and then administered the injection myself.
I'd be lying if I didn't confess to being nervous.  Even though I'd gone through a mastectomy before, it made no difference.  I hardly slept Thursday night, and of course reading John Grisham's The Confession before I went to sleep, all I could think of was death chambers.  Not good thoughts before going for surgery.  The waiting in the hospital for them to call me for surgery was the worst as I had no books or magazines to read to take my mind off things.  They brought my ballgown and nifty paper panties and I dressed myself for the operating theatre.  Prof Apffelstaedt, whom I always refer to as Apffelschnapps, held my hand lightly stroking it as the anaethetist put me under.  If it wasn't that I was getting a breast chopped off, I might have found it quite romantic.
I can't tell you anything about the surgery.  I was there, that's all.  It's amazing how there's this gap missing, almost as if time stops.  One minute they're staying go to sleep and the next they're saying, wake up.  You sort of wish they'd make up their minds, even though three hours passed unaccounted for in between.
From the top my breast looks normal.  I even kept my nipple which of course, is now just a facade.  As my double chin gets in the way, I can't see the actual operation wound which might be a good thing.
I have to tell the story of the bedpan, embarrassing as it may be.  Just before three pm, when Tony and Thekla had just arrived to visit me, I had to pee.  They brought the bedpan, closed the curtains around me and I did my thing, but not all my thing.  I have difficulty completely voiding my bladder while lying down.  I need a bit of gravity to get things going.  As a result fifteen minutes later, I had to pee again and Tony went to call the nurse to come and assist me.  Once again, it was only the excess that leaked into the bedpan.  Fifteen minutes later, I needed to go again.  As it was ten to four and close to the end of visiting time anyway, they shooed my visitors out, and closed my curtains, put my bed in an upright position, all with very hardcore stern looks on their faces.  They were not impressed, that was obvious.  In a sitting position, my bladder emptied.  They did not come and remove the bedpan, I was in too much pain to move and couldn't reach the bell they had left conveniently far from my grasp.  I was stuck on the bedpan for over an hour.  I think my bladder went quite frequently, because when they finally returned to check on me the bedpan had overflowed.  Their sneaky move had backfired on them, as they had to remake the bed.  However, when you spend an hour on a rubber bedpan, the rubber tends to stick to your bum like a second skin.  It took three of them to pry me off that bedpan.  That served them right!
I did get the most awesome photo of my skeleton from the nuclear physician who did the sentinel node mapping.  It's in 3D and simply amazing to see what I'd look like dead while I'm still alive.
Have an awesome week ahead!  This week, I need to get some serious writing done.  Am working on 3 books at present!
love
Cindy

Hi Cindy! Sorry for what you have gone through! we pray to God that you get well soon!take good care of yourself and have faith. Farida - Moshi Tz

Thanks so much for your thoughts and prayers Farida!