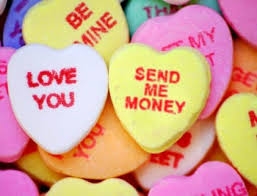 Most people are familiar with the TV Show Catfish, and how the hosts expose young people pretending to be something they are not and fooling some gullible person online.  People fall in love with someone who seems to be the only person in the world who understands them.  All they have is a photo or two, and a range of excuses why they can't actually meet, can't video chat, can't talk on the phone.  We see the show, know how it's done, so why do we continue to fall for these scams?
We have all been warned about the scams involving a Nigerian prince, Ghanaian politician, an heir to a fortune, all needing your help in getting the money out of their country.  People attracted to the prospect of making easy money by helping someone, find themselves with their bank accounts emptied.
The scary thing, is that some of these romance scammers are targeting elderly women, and conning them out of their life savings.  And they are repeatedly getting away with it.
You might be wondering, how does someone fall for one of these scams?  What you have to remember, is that the people they are targeting are not as technology and internet savvy as we are.  They get a message on their Facebook or Linkedin, (that one of their children probably set up for them) and they open it and have no reason not to believe the sender isn't genuine.  Picture this, a lonely widow/divorcee over the age of 70, living alone with lots of time on her hands, gets a message from a man telling her he`s attracted to her smile.  Nobody comments on her smile anymore, and she's flattered.  Right there and then she's hooked and takes the bait.  What follows is an online romance that will end in tears.
The Nigerian scammers, in particular, use a tried and tested formula.
1.  They set up a fake profile on Linkedin or Facebook, use an alias, and have a stock of photos of a real person they have stolen off the internet.  To make themselves more appealing, they will have a desirable career or profession.
2.  They trawl through Facebook and Linkedin looking for potential targets, older women who were professionals in their day, who look like they might have money in the bank.
3.  They send the woman a private message with a flattering comment.  If she replies, they follow up with more flattering prose, much of it copied and pasted off greeting card websites.  The woman can't believe her good fortune, someone is finally paying her attention again.  They send her a stolen 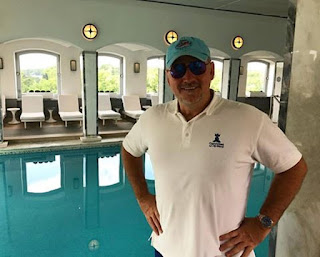 photo, and she is pleasantly surprised that such a good looking man is interested in her.  Photos of men in US Military uniform is quite common, but if they are not targeting someone in the US, then they tend to use the photos of Joe Cross.  Joe Cross is a health food guru in Australia.  Unfortunately, his photos have been stolen off his website and social media pages, and are being sent out to unsuspecting victims.
4.  Once the woman is hooked, they will tell her to rather do voice chats on Whatsapp.  This is better than email, they will say, and also so they can hear her beautiful voice.  Of course, this means that when they start asking for money, there will be no written trace of it.
5.  They will explain that they can't do video chats or skype because their phone doesn't have that capability.  They can't phone as they are based overseas and that would be too expensive.
6.  They will call the woman several times a day, and every night to build up that love connection and to prove that they really care.  Eventually, that poor old woman is just waiting for their phone calls.
7.  They will spin the woman a story about how it's their child's birthday and they can't afford to buy a present because all their money is tied up in a big project they are working on.  The woman will be cunningly manipulated to send money so that they can buy their child a phone for their birthday.  But they are not planning on using the money to buy a phone and there isn't a child.  This first request for money is the taster.  If the woman falls for it, then they know that they have landed themselves a winner.  If she doesn't, they dump her and move on to the next victim.
8.  They will keep on with the daily phone calls on Whatsapp, supposedly sharing intimate details of their lives while encouraging the woman to do the same.  They will tell the woman about a big project they are working on in a foreign country, like a bridge they are building, and how as soon as they have finished the project, they will come to the woman's country and marry her.  They will start referring to her as Wife.
9.  Unfortunately, they have to put the wedding on hold as they aren't able to finish the bridge as they have run out of money.  But when the bridge is finished, they will get a huge payout.  If the woman can just lend them some money to finish the bridge, they will repay it with interest when they get their payout.
10. They can't give the woman their bank account details in a message or email as they are scared of getting hacked.  So their instructions are simple.  When the woman arrives at her bank branch, she has to call her 'husband' on Whatsapp.  He then gives further instructions over the phone, including amount, bank details and account number.  He then instructs the woman to destroy the deposit slip.  By this stage, the woman is so under his spell that she no longer questions anything.  The amounts needed to complete the bridge get more and more, as does the frequency of the requests for more money.  When the money dries up, the romance is over. 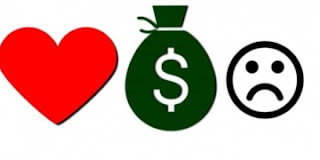 The reason why I use 'they' is that this is very rarely a scammer operating on his own.  It's generally a whole syndicate of scammers working together.  The syndicate have this scam down pat.  They know just who to target and leave virtually no paper trail to follow.  You can't trace their phone number because the Whatsapp number they use is a foreign one and is not the same as the local number they are obviously operating on.  Their email address links to a fake IP address.  These guys are very clever.  Everything they do is so that they won't be found.
If you suspect you might be a victm of this romance scam, or know of someone who is, then the best bet is to report it to the police as soon as possible.  If the language in the initial emails is overly flowery, copy and paste it into Google search and if it copied from a greetng card site it will come up.  Definitely investigate further if the language used in the emails alternates between poor English with spelling and grammar mistakes and overly flowery language.  The photo they sent, you can upload into tineye.com and it will tell you where else that photo has been used on the internet.
So if a man randomly contacts you on social media, telling you how beautiful you are and he's in love with your smile, be warned.  If he's a Portuguese or Italian living in London but building a bridge in Jakarta be very afraid.  If he says his name is Gibson Wayne, or he uses a photo of Joe Cross like the one on this post, start running!
Cindy Vine is a South African currently living and working in Norway.  She is the author of the novels Hush Baby, Defective and Not Telling.  All her books are available on Amazon in both paperback and kindle formats.