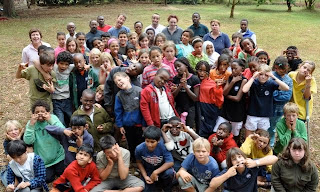 This past week has flown by in the blink of an eye. First it was Monday, and then it was over, and now here I sit on a Saturday morning, woken up by my neighbour’s loud generator , knowing that it means that we have no power. Luckily, I charged my laptop last night while I was waiting for said neighbour’s barking dog to stop. That dog is driving me crazy. Granted, it doesn’t do that yappy thing every night, but when it starts it just can’t seem to be able to stop. Maybe the neighbour has a switch and instead of turning on the generator, he turns on that bloody dog. It’s not a deep booming powerful bark. It’s a high-pitched yappy bark that operates on a level of sound that penetrates your brain. And it’s non-stop. The other night, it barked like that until 5am. I couldn’t sleep and could hear the damn mutt’s bark getting more croaky and high-pitched as the hours ticked by until its throat was obviously so sore from barking continuously, that it stopped. In fact, it was probably still barking, but because it had strained its voice from overuse, it lost its bark. Imagine the dog barking, but no sound coming out. I hope the dog grows those nodules on its voice box that famous singers get. But last night I was tired. I’d just returned from a three day camping trip with 56 ten year olds, had nipped over to a friend’s for a BBQ and was home ready to go to bed for an early night’s sleep at 9pm.  I hadn't slept at all the night before as my room was next to the kitchen and the camp cook decided that the only way he'd be able to feed 80 people pancakes for breakfast, was if he stayed up all night to cook them, so I had him banging around the kitchen all night, and of course, the smell of cooking pancakes wafting through my window...
However, on my return home, it was to find that bloody mongrel across the road having one of its non-stop yappy sessions. No way would I be able to sleep. For some reason, that particular yappy bark seems to carry, and it sounds like it’s right in my garden, which it isn’t as my dog is fast asleep. At eleven pm I was debating whether or not to take that dog out permanently by chopping off its head with a machete, or using my bare hands to strangle the life out of it. Instead, I wandered down to my front gate and shouted extremely loudly for the dog to shut up. Unfortunately, the askari who is supposed to be guarding the house was asleep next to the gate, hadn’t heard me creep up but woke up with a fright when i suddenly started shouting next to his sleeping form which I hadn’t noticed in the dark. I think he might have pissed his pants. The dog stopped for a total of five seconds after I shouted, and then started up with more urgency than before. I am at my wits end as to why it was barking as it was overcast and there wasn’t a moon. Just for the hell of it, i guess, well i might just terminate it, just for the hell of it. So take the infuriating dog with the boom boom boom and African rhythms coming from the Glacier Hotel down the road, sleep was not going to be easy. At half past midnight, I finally staggered to bed and attempted unsuccessfully to sleep. Finally, utter exhaustion set in and I slept dead until the bloody generator. What does he use to run it? Rocket fuel? Why does it have to be so loud? Maybe, he has his blasted dog running on a treadmill to generate the energy to run the thing and the yappy barking was the dog’s protests! 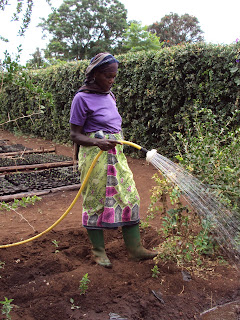 After some school issues that didn’t involve me other than me having to spend a total of seven hours after school in meetings Monday and Tuesday, I went on camp for the rest of the week. We stayed on a farm in West Kilimanjaro. Spectacular views of the plains and the mountain on the way there. I was lucky, my tent had broken poles so I got to sleep inside the guesthouse. A real bed! The first night, we were supposed to be having vegetable curry and chicken curry. I looked at the bony bits of emaciated chicken, and thought great! Can’t wait! Thanks goodness the kitchen at school had forgotten to pack in the curry powder and tomato pastes, so I had to drive around until i came to a big town so I could buy the necessary ingredients, and some potatoes as they’d forgotten to buy those for the BBQ the next night. As I’d taken along my potjie, I bought some pieces of beef ‘steak’ which could have been anything hanging up from a peg on the ceiling, and thought I’d supplement the chicken curry by making a beef potjie. I knew the meat would be as tough as an old boot, so I bought a can of coke and after browning the meat and onions, boiled it in the coke, then let it cook slowly with some veggies for three hours. Oh my God, it was delicious, the meat so tender, unbelievable! I was in charge of dishing up the veggie curry, and discovered that it’s not only my daughter that doesn’t really like vegetable. Next to me was Katy, serving the rice.. She’s the 18 year old sister of a girl in my class who has Down’s Syndrome, and she came along to keep an eye on her sister. She was brilliant, a credit to her family! Anyway, a little Indian girl in my class, only child in her family, treated like a princess, had brought a backpack filled with food for the three days. Her mother had not trusted our cooking, obviously. This of course was banned, bringing your own food and keeping it in your tent, as it’d attract safari ants and the last thing we wanted, was the little princess being chomped by safari ants in the middle of the night. The other teacher from our other campus confiscated her food, which of course up set the princess making her cry and wail and sob and want to call her father and go home and ask, “why, why, why, why can’t I?” over and over again like a stuck record. “Because i said so,” didn’t work with her either, neither did the explanation of why she couldn’t keep a three day’s supply of cooked food unrefrigerated on the ground in her tent. I asked her why she wouldn’t eat our food. She said there was nothing there she liked or could eat. I looked at the sobbing little girl in front of me with an incredulous expression on my face. “What?” I asked, sarcasm dripping from my tongue, “Don’t they have rice in India? Or curry? They don’t have curry in india?” Katy next to me started laughing so much, she dropped the serving spoon in the bowl of rice, but the little princess nodded and said, “Yes they do have curry and rice in India.” She dished up some, enjoyed it and came back for seconds. Later, we did sneak a look inside her backpack and found it contained rice and some kind of a curry, probably vegetable! 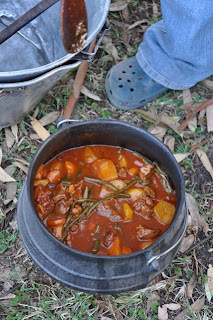 Another highlight of the camping trip, was the little down syndrome girl in my class falling in love, with a pretty boy from the other campus. The staff were all relaxing on the veranda, when we were interrupted by a little boy, “Miss Croome, you must come quickly there’s an emergency, Jack can’t leave his tent!” Expecting the worst, my colleague from Arusha jumped up and raced to see what the problem was. When she returned, she couldn’t stop laughing, apparently my little DS girl who is 14 and filled with racing hormones had parked herself outside his tent and was waiting for him to come out so she could kiss him. “I love you Jack!” she shouted from time to time. Jack was terrified. But after a while, he did see the funny side and ignored my little darling’s amorous advances the rest of the trip, as she sat adoringly at his feet or stalked him, following him wherever he went. 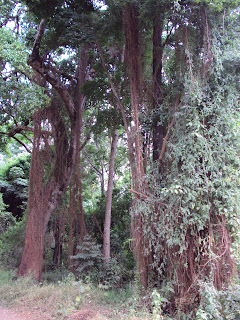 My group of kids were the expert group on forestry, and we went up into the forest to see the difference between indigenous forest and the pine plantations. They’re quite clever here, to protect the vast natural forest from being chopped down for firewood, as it serves as an important watershed, they have planted 4500 hectares of pine and cypress forest all along the perimeter, so that that wood is used for logging and timber, and the natural forest is left intact. There are large elephants living in the natural forest who apparently come down from time to time and destroy the potato and carrot farms along the perimeter of the pine forest. We didn’t see any wildlife, although we did hear hyena in the middle of the night, their distinctive, “Woowee, woowee,” giving you cold shivers. But one of the other expert groups went to a game reserve and to see the impact of game reserves on the environment (all high brow stuff for 10 year olds) and they saw game and a recently killed carcass of a wildebeest. The guide with them must have told them it was probably a cheetah who had done the killing. Of course, this is the kind of thing kids will brag about to other groups, especially children in the group who only saw trees! So, one of the kids in my forestry group came up to me that evening, “Miss Cindy, it’s not fair, the game reserve group saw a cheetah killing a cantelope!” I cracked up. I couldn’t help it. The visual in my mind of a vegetarian cheetah pouncing on a melon trying desperately to roll out of the way was too much!
Apparently, while I was away, Moshi had no power for 24 hours. It came on just before we got home from our camping trip. Sometime in the early hours this morning, it went off again. I have no idea when it will be back on again. So, I might head over to school to see if their generator is on and I can copy this onto my blog. That bloody dog has just started yapping and howling. 9am, should I go and buy a machete?

Siobhan is writing her own songs, and composing music to go along with them on her guitar, making it just as difficult for me to concentrate on my writing as that bloody barking dog does for me, Tony is working hard and enjoying this practicum in the hotel, and Kerri is singing in a jazz bar - here's the link she sent me, so you can listen to her great voice.  She definitely could do something with that voice!  Maybe she can sing with Siobhan like the female version of the Jonas Brothers? 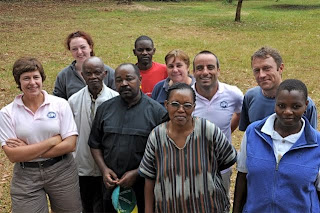 Here's the link of Kerri singing in a Chinese jazz club.

(I'd like to credit, Diane Bowe, the most awesomest parent who came along on the camp and was the official photographer, with the photo of the whole group of us and my delicious beef and coke potjie.  The trees I took myself!)
Posted by Cindy Vine at 11:57 AM