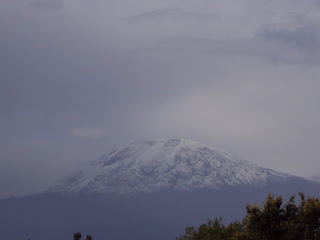 The weather seems undecided on whether the rainy season is going to start, or if the temperature will just keep rising until we start to melt. I think I’ve already started to melt, like a huge ice-cream in the summer heat, drip by drip. It’s hard to believe that at this precise moment, there are places in the world where it’s cold and snowy. I’m grateful I’m living with tropical heat, although making a snow-angel in the snow does sound tempting.


Unfortunately, my up and down, but mostly down stomach has started to get to me, and the headaches have become quite stressful. After feeling so rotten on Wednesday, I left school early and nipped over to Doctor Makupa down the road. Blood tests seem to indicate I have a touch of Malaria, but the good doc’s convinced I have a parasitic infestation of Giardia. Now, research on the internet shows that this is a delightful little parasite that resides in fecal matter, which I have obviously consumed through having ice-blocks made from contaminated water, unwashed vegetables or the like. Virtually impossible to pin down the source. The good news, is that I won’t die. The bad news, is that until it’s out of my body I’ll feel crap. Now these little parasites aren’t too keen to leave. After the blood test, the lab techie gave me a little plastic bowl, a kitchen towel and a toothpick and pointed me to the bathroom in the corner. Unsure as to what the role of the kitchen towel and toothpick was, I locked myself in the closet bathroom and attempted to squeeze out something for the lab techie. Unfortunately, hearing the laughter and chatter of the lab techies on the other side of the door put me off my stride and I was unable to perform. Usually, I am able to produce urine samples on demand, but scatological ones were beyond my reach. They took back the little plastic bowl, and instead gave me an old pill bottle with a very small opening and a toothpick and instructed me to fill it in the comfort of my own home. I was perplexed as to how exactly I was going to pop my parcel into a bottle with such a narrow opening, and the function of the toothpick still evaded me. However, as has been happening, straight after dinner my stomach needed a workout and I had to race to the bathroom. I only just made the toilet seat, let alone having time to try and hold the small pill bottle underneath me and aim my fecal matter into the narrow opening. After sorting myself out, I found myself kneeling before the porcelain throne armed with the toothpick, and trying to harpoon the smaller floating bits. I inadvertently discovered what the toothpick was for, when I speared a floater and managed to whisk it straight into the container without messing. Proud of my achievement, I realised that this wasn’t anything anybody else would really appreciate.

Other than that it was another week in paradise. The IB Evaluation team came and went, the one evaluator is at Northside School in Botswana and is going to organise a speaking engagement there for me when I drive down in June. I’m starting to get excited for my big road trip, and after discovering that the new bridge is built between Tanzania and Mozambique, I’ll be returning via Mozambique. Otherwise, things are quite busy at school now I’ve taken on the big inter-schools swimming gala which will be held on the 1st May, and have just been elected as Chairman of the Staff Association. And on top of all that I’m still working like mad on my new book, Not Telling.

I’ve decided to do a book give-away on my Facebook Fan page, so if you haven’t yet become my fan on Facebook, now’s the time to do it. The poster is below.

Otherwise, have a great weekend and new week ahead. Been snowing on Mount Kili but not affecting us down here. 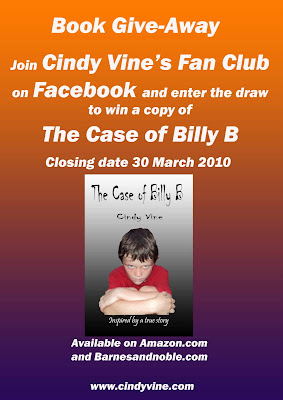