Zimbabwe, great potential, beautiful landscapes, some lovely friendly people, but OMIGOD some nasty pieces of work as well. I think there’s a certain nastiness/bitch detector that they use on all applicants to the police and CID. Those with grades of 8 or higher on the bitch scale are immediately selected. Other would be applicants are only occasionally taken in and then given jobs low on the ladder until their bitch grades improve. Okay I admit it, I am having a bit of a rant here, but having just been released from 20 hours of incarceration I feel entitled to whinge. 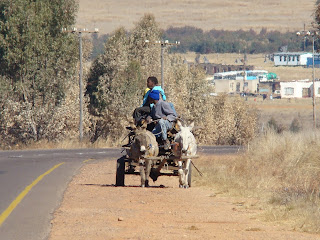 We got lost getting out of Pretoria, ended up going through Graskop to Polekwane, the scenic route. So as that route took longer, we stayed over at Louis Trichardt instead of Messina in a backpackers, where lo and behold, bumped into someone I knew there twenty years ago. Small world. He’s been married and divorced 4 times since we last met.

Messina, and we quickly found a police station to get copies of my passport certified. You have to go to a special lawyer to get this done in Tanzania, and they charge $20 for it. Free in South Africa. We took a wrong turn and ended up going to the jail instead, but the woman dishing up the inmates lunches was able to certify my documents. HATE TO HAVE BEEN IN THE Messina jail though, corrugated iron shed, no windows, barred gate for a door and extreme heat. It can’t be a pleasant experience. Siobhan was excited to see prisoners in a real jail, little did she know what lay ahead for us.

The border crossing at Beit Bridge was completely uneventful, we got through relatively quickly with no questions asked. Nobody was interested in our over-loaded car, just commenting that we were obviously relocating as it’s filled with our personal possessions. I didn’t notice that the customs lady accidentally kept the police clearance we got from the Zimbabwe CID. 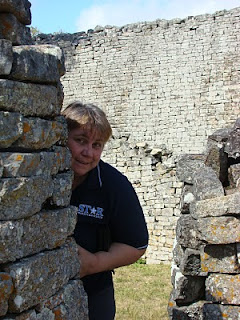 We arrived at Masvingo and checked into a hotel, and explored the Great Zimbabwe Ruins in the morning. Leaving Masvingo for Harare, I got caught for speeding, doing 71km in an 80 area. The female officers were hiding behind an electricity pylon with their speed camera, 25m in the 80km zone, catching people just as they started to accelerate as they left the 60 zone. Unfair, definitely. Illegal, probably. They told me they were trying to make the roads safer as speeding kills. I said if they wanted to make the roads safer, they wouldn’t hide they’d stay in the open so that motorists slow down. By hiding, they are wanting motorists to speed so they can catch them. An argument ensued, I managed to get the other locals who’d also been caught and were waiting for their fines to be written out, on my side and shouting at the unfairness of the location of the speed camera. A sort of a riot ensued and I was threatened with arrest. Siobhan shouted from the car for me to calm down, and I backed down, paid the fine to a very angry policewoman who wanted my head, and went on my merry way.

Harare and we accidentally found the right road to the backpackers in our guide book. Unfortunately, even the latest guide books are outdated when it comes to Zimbabwe. None of the backpackers in the book exist anymore. We turned up at a dilapidated property, the tree-houses that had attracted us in the guide book falling from the trees. But, the people living there now directed us to another house around the block who sometimes took in backpackers. The guy actually owns Hippo Pools Bush Camp, but he took us in, let us use his room, and only charged us $10 for the night. There was no power, so they had a fire going, we nipped down to the supermarket and bought some meat to BBQ. I survived the lumpiest pillow ever, woke up with a chronic migraine from fighting the lumps all night, and then faced our next challenge. Finding an ATM that not only worked, but also dispensed cash and worked with visa cards. This challenge took us 2 hours. By this time, my fuel light was on and my mild panic was causing my migraine to develop into a jackhammer pounding away at my brain. 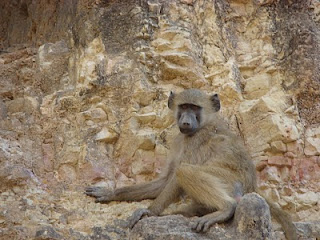 Having the speed camera system sussed, we made it to the Zambian border at Chirundu in good time, arriving there at 4.30pm. This is where our luck changed chronically. On the Zimbabwean side of the border (Zambia and Zimbabwe share the same building), the CID asked for our police clearance from Beit Bridge border post. We didn’t have it. This proved to be a huge problem. The CID guys were very aggressive and definitely looking for a bribe. They opened the car bonnet and checked the engine and chassis numbers, but the engine number didn’t match the engine number on the car registration card. This was because the school had replaced the engine with a reconditioned one several years ago, and unbeknownst to me, had never registered the change with the police or Tanzanian Road Authority. Therefore, according to the CID, I had stolen the car engine in Zimbabwe and put it in my car. The car with all our belongings and us were impounded subject to further investigation. They were mean, even threatened Siobhan when she asked a question, rude to us and refused to contact the SA Embassy. They relented, let us sleep in the car instead of the cells, when I told them I was going to put all this in my next book. A very jolly inspector arrived later the evening, completely different to the two CID boys, and told us he was going to pray for us. When they refused to escort Siobhan through the village next door to the toilet, he stepped in and sent another female inmate to accompany her. He wasn’t happy with us sleeping in the car as lions, hyena and elephant come there at night, so he walked us across past the long line of trucks to a motel where we were then allowed to spend the night. All of this started happening when I threatened them with the embassy and a bad write up in my book. 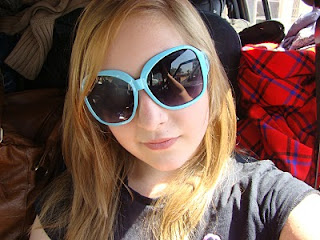 This morning, while we were sitting waiting for 5 hours in the hot car to be cleared of the theft charges, the jolly inspector arrived and asked me if I could give him a copy of one of my books, so I gave him a copy of Not Telling that I happened to have in my bag. Soon after that they came to tell us that I’d been cleared, my car wasn’t stolen and we were free to go. An extra days delay, an extra night in a motel to pay for, I was singularly unimpressed.

Anyway, final exit at Zimbabwe border post and entry into Zambia took a total of 45 minutes. I decided to be upfront, tell Zambian CID about the engine problem that the number was different, and all they said was to make sure I get it sorted when I get back to Tanzania. Now why couldn’t CID Zimbabwe have done that when it came up at 4.30pm yesterday?

Now in Lusaka at the Comfort Lodge on the Great East Road heading for Malawi. Internet access for the first time since Saturday morning. Hold thumbs, we have no problems leaving Zambia or at the Malawian border! Then of course, we still have to enter Tanzania!
Hold thumbs for us!\love
Cindy

YIKES! That's a hair-raising section for the book ;p

Your advwentures re wilder than mine. What a good read!!! What good fodder for any book!!!

Nicole and Di, definitely great material for my book! But seeing lions killing a buffalo on the side of the road would have been just as meaty for the book and not as scary!