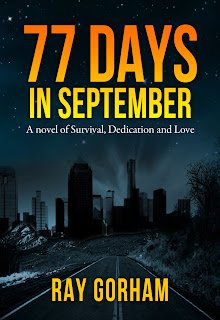 Ray Gorham was born in Calgary, Canada in 1966. Prior to graduating college and in the United States in 1991, Ray had the fortune to live in a variety of locations the world. Years in Australia, England, Lebanon, Japan, Canada, and the United States all helped to shape his background, worldview, and appreciation for other countries and cultures.  Graduating with a degree in Accounting, he decided he couldn’t spend a future studying tax law and sitting in front of a computer all day, so he took a management position with Wal-Mart and spent the next 10 years in retail management where he had the opportunity to interact with hundreds of employees and thousands of customers on a weekly basis.  Growing tired of large corporations, Ray next tried opening and running a restaurant, but decided after a year that wasn’t for him either. From there, he found a small log home business for sale in Montana in 2006 and settled in for what he hoped would be a long-term career.

When the construction industry slowed down in 2008, Ray knew he was going to have a lot of time on his hands, so he determined to cross off one of the items on his bucket list—writing a novel. After thousands of hours of writing and editing he had the final draft of his first novel, a 108,000 word effort telling the story of a husband struggling to return to his family after a major terrorist attack. While agents and publishers have passed on his efforts to this point, he has found significant success so far in digital format, selling over 10,000 copies of his work.  77 Days in September Hurt, stranded, and alone, Kyle Tait sets off on a 2,000 mile journey home in post-EMP America.
Purchase Link:
http://www.amazon.com/77-Days-in-September-ebook/dp/B0052T1O6S/ref=sr_1_1? ie=UTF8&qid=1312412424&sr=8-1 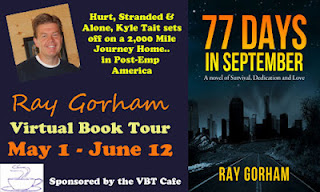 Purchased the book after reading your review and absolutely was stunned by it. It wasn't normally the type of book that I would choose on my own but I couldn't put it down.