When you first decide you are going to be a writer, it can be a little like a kid in a candy store.  There are so many genres to choose from.  You can write children's books, young adult, thrillers, self-help, just to name a few.  The best thing though is to follow your passion.  It's hard to write a book when you don't feel strongly for that particular genre.  Naomi Rabinowitz, author of Revenge of a Band Geek Gone Bad,  followed her passion when she became a writer.  She shares what made her choose to write young adult fiction.

WHY YA? WHY NOT?
When I decided to write a novel, there was no question in my mind that it would be a YA story. I've been fascinated with young adult literature from before I was even a teen myself.
As a kid, I devoured books by Judy Blume, Beverly Cleary, Laura Ingalls Wilder, Louisa May Alcott and a lesser-known, but still great YA author named Frieda Friedman. All wrote about teens from different time periods (Friedman's books take place in the 1940s and '50s), but as a child of the '80s, that didn't matter to me. I was still sucked into the characters' stories and could relate to their emotions, if not always their living conditions (though some of the stuff that Laura got to do on the prairie was really cool!). I would be a teen myself in a few years and looked forward to those glamorous days ahead when I'd begin dating, driving and would gain some independence. The characters seemed to have it all and I wanted to be like them. 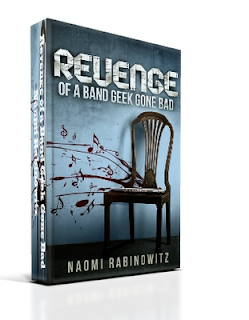 Once I actually became a teen, I quickly discovered that it wasn't as much fun as I thought it would be. In fact, there were often days when being 15 sucked. I didn't have a boyfriend. I wasn't popular in high school. I was just a band geek who felt as if she were invisible. But during those lonely times, my YA books kept me company. Fluffy YA stories like the Sweet Valley High series took me to another world and lifted my spirits when I was having a bad day. Meanwhile, I could relate to lost soul teen protagonists like Catcher In The Rye's Holden Caulfied. In other words, by reading YA stories, I didn't feel quite as alone.

Now that I'm an adult, I still love the genre. Teens are fascinating because they're between worlds. In some ways, they're very adult and often face mature challenges. Some get jobs, others have to care for younger siblings, some are involved in their first serious relationships. Some even go off to war. On the other hand, teens aren't yet considered to be adults -- at least not in our culture -- and still have to deal with many restrictions. They may have a serious boyfriend or girlfriend, but will have to obey a cerfew. They may have some strong political opinions, but aren't old enough to vote. The teenage years are a tumultuous time filled with changing bodies, new experiences and many firsts. Being a teen isn't always fun -- but writing about that age is very exciting and offers a lot of possibilities.

I hope that REVENGE OF A BAND GEEK GONE BAD can help some teens deal with their high school years the same way that Blume and other authors helped me cope with mine. I wouldn't want to revisit those years, but I'm grateful that they gave me something to write about. 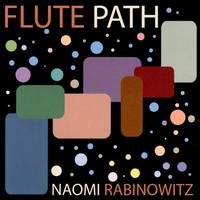 Naomi Rabinowitz has always loved being creative. Raised in Nesconset, NY -- a suburb on Long Island -- she was introduced to the arts at an early age. Her mother, Joyce, is a pianist; her father, Melvin, plays piano and guitar; her grandmother, Esther, was a talented knitter; her late grandfather, Morris, was a violinist; her late great uncle, Sid Robin, was a well-known jazz musician, who penned the lyrics to the popular big band hit, "Undecided."


Naomi's parents, who were both teachers, frequently took her to museums and concerts. During their summers off, her family traveled. By the time she was 15, Naomi had been to several European countries, as well as China, Japan, Israel, Egypt, Russia and Mexico.
Naomi's love for writing emerged when she was in the second grade and her poem, "The Four Seasons," won first prize in a local literary competition. She became interested in journalism in junior high when her English class was selected to write for Newsday's "Kidsday" column. 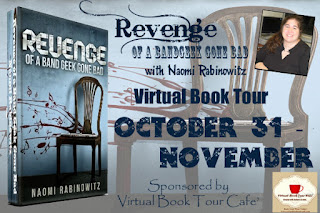 She had as much passion for music. Though she began playing piano when she was three, she switched to her "true" instrument, the flute, when she was nine and eventually added tenor sax and clarinet to her list so that she could play in jazz band. She performed in almost every musical group from wind ensemble to orchestra (but never marching band!). In 2008, she released her jazz album FLUTE PATH.
Naomi received a B.A. in English from Binghamton University and an M.A. in magazine journalism from Syracuse University. From 1998-2012, she worked as a reporter/editor for national TV magazine Soap Opera Digest.

These days, Naomi writes, plays jazz flute and designs jewelry for her businesses Naomi's Designs and MayaGirl Creations. She lives in Queens, NY with her husband, Jonathan, and their cat, Maya.
a Rafflecopter giveaway
Posted by Cindy Vine at 7:28 AM

I enjoyed this book :)