Even though we have progressed technologically the subject of sex is still a little stuck in the dark ages.  It's a taboo subject in that is never fully explored and labeled gutter-talk.  Women don't really share their wants and desires which are deemed too personal to discuss.  But if you never discuss it and keep all your thoughts secret, then how will people ever know what you desire.  Glitter is a ground-breaking book put together by Mona Darling, an ex-dominatrix.  This anthology of true stories and real experiences will open your eyes and make you think.  Warning:  Do not attempt to read this book if you don't have an open mind, some of the stories might educate you.  Then again some will make you laugh and some will make you cry.  A great honest read.
Book Description: 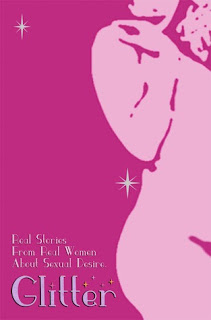 Glitter is about the female sexual experience, which contrary to what the media would have you believe, is not all bubble baths and chick flicks.
Women are constantly judged as slutty, or uptight, but the reality is somewhere in between those two, and sometimes, nowhere near either. We have secret shames and private desires and we all feel we are the only one.
We are good church-going girls with a fondness for the paddle, PTA moms who hire escorts, feminists who like to bottom in the bedroom, slutty virgins, bi-curious married laddies and women with a past. We are gay, straight, and undecided.
We are all over the map, and we are amazing.
10 facts about Glitter.
People reading that Glitter is about the female sexual experience automatically assume it's erotica, self help or how to. It's none of those, yet at the same time, it's a bit of all three. It's not like any other book you've ever read. It's not fiction telling you what could be. It's not self-help telling you what should be. It's simply other women talking about their desires, their sexual histories and how they've been effected by shame and abuse. 1.  Glitter is about destigmatizing the female sexual experience.
2.  Glitter is NOT about being sexual. It's about realizing that everyone is different sexually, and respecting that.
3.  Glitter is not about having the most amazing sex life ever.
4.  Glitter is not about convincing you that you need to be more open sexually.
5.   Glitter is not just about fetishes or BDSM. It's also about desires that are shaped or distorted by abuse. I find that a common feeling from those with what is considered non standard desires and those who have suffered sexual abuse is the shame of feeling broken. I feel that shame needs to be removed from women's sexual desire in both cases and that they are inseperable.
6.   Glitter Girls are women from every walk of life, every age, and every race and religion.
7.   Glitter Girls are both CIS and Trans.This means that some Glitter Girls have always been fine with their anatomical gender, and some have not. In the end, we are all Glitter Girls, even if we were born with the wrong bits. We all need sisterly love and support. Not judgement.
8.  Glitter Girls are encouraged to find and voice their limits, as well as their interests.
9.  Glitter encourages women explore their interest and limits, but also to realize that other women have different interests and limits.
10. The number one goal of Glitter is to get women to stop shaming other women by acknowledging that there is no norm for us to aspire to. We are all different and that's ok. 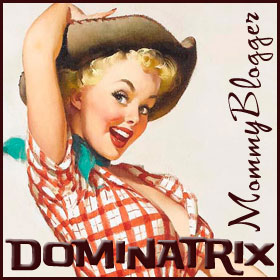 
Dead Cow Girl was a nickname she received in grade school after a humiliating morning involving a mobile butcher and a school bus. She chose to use that name to reclaim the part of her that spent much of her childhood red-faced with shame, embarrassed for her unique childhood. She also likes it because it is readily available on nearly every social media platform.


She writes, sporadically, about food, sex and toddler-related mayhem at DeadCowGirl.com.
Her website is www.glitterhood.com.  You can find Mona on Twitter http://twitter.com/deadcowgirl or Facebook http://facebook.com/glitterhood.  You can buy Gliiter as an ebook or paperback on Amazon or Barnes and Noble. 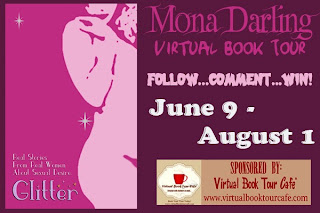 Beautiful. Thank you for hosting :)

I do love your message of empowerment for women and acceptance:) I wish you well on your tour:O) Pit Crew