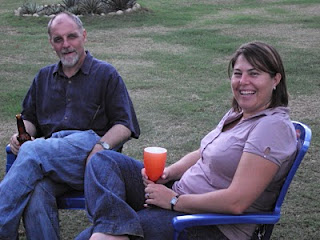 There is something about growing older that is quite depressing. Inside you still feel young, the same as you’ve always felt, you can still see yourself sitting under the table at your fifth birthday party crying with embarrassment when everybody started singing happy birthday to you. But outwardly, oh God how cruel is outwardly! Outwardly is nothing like you at all. This fat, grey, wrinkly-person is nothing like you imagined you’d turn out when you were five and sitting under the table crying at your birthday party. It’s like, the aliens invaded unbeknownst to you, and one of the damn aliens invaded your body, swallowed you whole, and that’s why now outwardly you are an alien. A strange fat wrinkly-person. It’s not actually you at all. 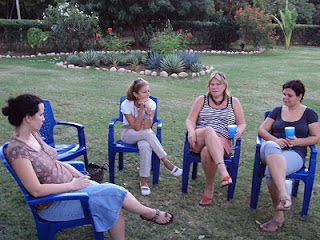 Birthdays creep up on you, camouflaged like a leopard hiding in a tree, and in a flash leap out at you and grab you while you are picnicking under the tree, minding your own business and getting on with your life; unaware that the leopard was looming above, stalking you. Birthdays are precious, when people wish us or celebrate with us, it reminds us that we are loved and we exist. When they forget it’s like we’re not really here, invisible, a non-entity. A figment of your own imagination. Birthdays are also a reminder that we are getting old. Forty-eight still sounds okay, like you’re in your forties, but forty-nine sounds so old, much older than just one year later. God, forty-nine means that you are nearly fifty, and fifty is well, antique. Unless of course, you are over fifty and then fifty might seem young. 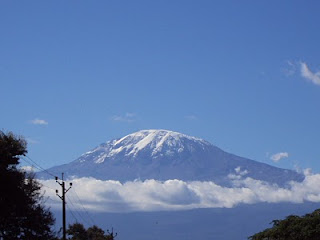 This past weekend, I celebrated my ‘Not quite fifty’ birthday at a friend’s house on a sugar plantation with Kilimanjaro looming in the distance. Surrounded by friends, I felt loved, and that is what life should be all about, shouldn’t it? Food, drink and good company, celebrating your wrinkliness.
Last year I had an interesting experience with a Chinese dentist, before you get your mind in the gutter; it was an interesting DENTAL experience. Suffice to say, that the week after my fifth root canal appointment, the front half of my tooth broke off and was consumed with my bread roll. It might still be inside me as I never checked to see if it passed out. Too afraid to go back to the dentist, I struggled bravely with half a tooth, careful not to give a wide smile to anybody, lest they notice the peculiar tooth. In January, I suddenly started getting soft tissue infections in my left cheek which were extremely painful. The doctor down the road kept giving me antibiotics which didn’t do much. The infection would flare up and die down with a life of its own, so I saw no point in taking the antibiotics. Then a month or so ago, I started getting a boil on my gum above the half-tooth. One would pop it, and a few hours later it would redevelop. Sometimes I would feel another soft tissue infection, but would ignore it rather than going back to the doctor to get the same antibiotics which were more like suppositories, they were so big.

Unfortunately, Sunday night the soft tissue infection returned with a vengeance and the permanent pustule on my gum turned into an abscess. It was time, I decided, to seek the advice of a dentist. I had heard rumours of a good one in Arusha which was 90km away, and a good one in Marangu which was 30km away. I had no idea what the directions to either one were, so I asked my housekeeper who told me I should go to Mawenzi Hospital, which is a state hospital here in Moshi. Siobhan agreed to take the day off school to accompany me. It took us a good half an hour to find the hospital, the grubby dilapidated buildings spread out amongst tall shady trees. Walking across the muddy grounds, surrounded by women in brightly-coloured kangas, some carrying babies on their back, and men in their work clothes sneezing and coughing, I felt like we were in for a truly African experience, and we were not disappointed.

The dental area we were directed to, had rickety wooden benches jam-packed with people waiting their turn. It was going to be a long wait and luckily I’d brought a book to read, which Siobhan grabbed from me. We had to pay up front for the visit, a huge sum of 1000 shillings which is less than a dollar. For that I saw the dentist who looked not old enough yet to wipe his nose, and had x-rays. The dentist’s surgery had the required reclining chair, only this one was standard 1960 issue, and a table with stainless steel instruments and flies. He spoke English, which was a blessing, and instead of asking me what my dental problem was, asked Siobhan how old she was. “Fourteen,” she replied.

“Ah,” he sighed with a smile, waving his little dentist’s mirror in the air, “Then in four years time I want to engage you.”

“My tooth,” I said pointing to the half-tooth, cutting short his marriage proposal.

“Infection,” he said prodding my abscess and letting a stream of pus squirt out, “You need x-ray.” Another thirty minutes waiting for a wizened old man with a surgeon’s green mask over his mouth, to escort me into the x-ray room. To my surprise, they had an x-ray machine, a simple one mind you, but a device which could take x-rays all the same. The wizened old man shoved the little x-ray card far back on the right side of my tongue, causing my gag-reflex to take over. I tried to control it, but I couldn’t. I couldn’t stop gagging and I thought I might throw up.

“No twisty!” The old man said sternly, “No twisty! No twisty! Bitey! You bitey!”

When he removed the x-ray card, he said I could go. “But aren’t you going to do the other side? The one with my half-tooth and the actual problem?” I asked, wondering if they put the x-ray card in one side to take the image of the other side. He didn’t respond, just forcibly pushed me back in the chair, pulled open my mouth and stuck the card on the left side of my tongue.

More waiting and then back in the dentist’s chair. “You have lesions on the root canal. Bad job, they not take out packing. Packing go bad, make tooth bad, make gum bad. All bad. Two options. One, take out packing, clean, make new root canal, put on crown. Two, pull out. Extraction. I think, save tooth is best.” The dentist smiled flashing his perfect teeth. “You can come here or go somewhere more comfortable.”

“Do you have the equipment to do it here?” I asked nervously. The dentist just smiled and waved away the flies that were sitting on his surgical instruments. “Are you qualified? Can you do it?” The words slipped out of my mouth.

“Of course,” the young dentist laughed at me, “It’s what I studied to do.”

I made the appointment for eight this morning, he said if I had an appointment I wouldn’t have to wait. I lay back in his dentist’s chair. No small talk after he’d asked where Siobhan was and why she hadn’t come along. “Open,” he instructed, brandishing a syringe with a long needle, and before I could blink stabbed me three times, spilling some of his anaesthetic in my mouth, so half of the back of my throat felt swollen and numb. It was like my breathing passage had just been divided in half. The numbness spread quickly and even my left nostril was numb, so I could only breathe through my right nostril. As the whole half of my face was numb, I couldn’t tell what he was doing, but I do know that people waiting outside for their turn would come in from time to time and have a quick chat and watch me, and the dentist would chat to them in Swahili and laugh, all the while working on my tooth while looking at his visitors. He obviously could perform a root canal blind-folded.

There was no little nurse with the sucky thing to suck up your spit. Instead, there was a plastic bucket with a green bag in that you had to spit into. The first time I spat up blood, not sure if that was from the initial injection or what. The dentist had a cup of bleach which he poured into my mouth from time to time and then I had to spit out. It smelled just like the stuff we used to bleach our white washing, and burnt the inside of my mouth. It was awful. I can still smell it on my hands where some accidentally spilt.

Now the numbness is wearing off, I feel that I have been in a fight, and someone has punched me in my face. But, only one more appointment to finish it off, so next Tuesday at 8am I’ll be in the same chair, with the same dentist waving the flies away from his shiny, and hopefully clean, stainless steel instruments.

A truly authentic African experience. Surely, some tour company can include this in their brochures for insane sado-masochistic hypochondriacal adrenalin-junkies?
Posted by Cindy Vine at 1:31 PM

Cindy, I always enjoy the stories of your experiences abroad; but not about your pain. You just know how to tell a fantastic story--even if it is about tooth extraction and repair. First in China, now Africa. Please take care,I wish there was something I could get for you.

AIDY, get me a hammer to hit myself over the head! Yeah, I do seem to have dental adventures wherever I go!

Cindy, welcome to being forty-nine. My next one is the big five-oh.

I can relate to your dental experiences. I had a similar situation involving a tooth extraction gone wrong in Taiwan.

Aya, I've decided that the way to deal with the looming big five-oh next year is to start early planning an awesome party. Am back at the dentist for round three on Tuesday!