The dangers of relaxing 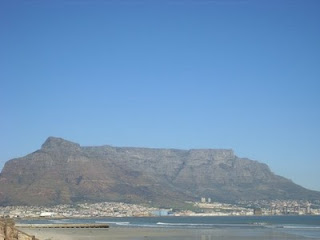 Relaxing can be a hazard to your health.  Too much relaxing, and it might be difficult to get back into that disciplined compartmentalised state I was in.  However, relaxing is addictive.  Unfortunately.  I might get to like it too much.  Cape Town is always a blast, so much to do, so much to see, and the shopping and vibe is always great.  The money part is not so great, I spent way too much money on the way down, and now have to guard my pennies to be able to pay for the way back.  Being broke in Cape Town is not a joke.  I'm seriously considering going to the Grand Casino and playing the pokey machines there to win myself more money.  But with my luck, I might just make the casino richer, so that is probably not an option.  I guess I have to look with my eyes and not my wallet.  Sigh....Very hard when you have two kids who want you to buy them everything they like.  Maybe, I should try and continue my disciplined approach to my writing, but shift it to my shopping/money spending facet of my life.
It's been great catching up with family and friends and doing the little things that you can't do in Tanzania, like handing in Siobhan's macbook for repairs (remember, the one I accidentally spilt diet coke over) and getting the lock on the boot repaired.  Initially, I had phoned around the scrap yards to try and get a pajero boot lock mechanism out of a crashed car.  Sadly, nobody seems to crash Pajeros here.  In fact, we've only seen one other Pajero since we've been here, so maybe nobody drives Pajeros here.  I was advised to go to the Motsubishi Dealer and buy a new one.  With dollar signs blinding my vision (imagine what a fortune they would charge) I pulled into Roadrunner 24 hour locksmiths, and two hours later my boot lock was repaired for under $100!  The kids were a bit antsy that their lunch was delayed two hours, but the other bonus was that because they then only had lunch at 3pm, I didn't have to buy them dinner! 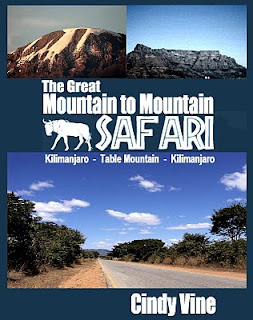 Cris, whom I know from Hubpages, took my initial cover design for my The Great Mountain to Mountain Safari book, and reworked it with his special magical touch.  I think it's come out really well.  I've started on the book, typing up the introduction etc, but need to sit down and start typing up the stuff from my notes while it is all fresh in my mind.  The problem is, the world cup football is rather distracting.  I can't help myself, I just feel compelled to watch the games and blow the vuvuzela!  Actually, the atmosphere here in Cape Town is quite electric, and I'm so pleased I've had the opportunity to be in the city during a world cup.  South Africa is doing a wonderful job hosting this world cup and making all those negative people who forecast it would be a disaster, eat their words.  I reckon, this is the most colourful, vibrant world cup ever!
Well, one more cup of coffee and then I'd better raise those sleeping kids of mine.  It is 9.35am already and half the morning has gone!
Posted by Cindy Vine at 10:44 AM