As promised, in Jimmy's own words, how he went from fighting fires to writing books. Check it out! Cindy 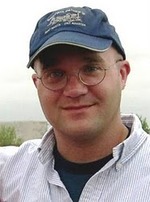 When folks ask how I got into writing I like to tell them I just fell into it, literally. It was winter, Christmas time really and we had just had a very heavy snow. My wife was not my wife yet, in fact, I'm not even sure if we were engaged. My wife is a Michigan girl living in Chicago yet her family still resides on the lower peninsula of that state in a suburb of Detroit. I was on shift with the fire department and unable to leave with her for the visit. I planned to take the train out.
I mentioned the heavy snow and the whole Christmas deal, a dangerous match that day. It was slippery and I was laden with an unusual amount of items, not just clothing but gifts as well. Being the young macho firefighter I thought I was I skipped on a cart or anything else to ease the burden. I basically shoved it all into a duffle and tossed the thing over my shoulder.
Big mistake!
I needed to make a transfer from the local rail to regional at Ogilvie Station in downtown Chicago. My first step off the car was the near killer. My right leg slipped, I fell and just prior to that missed step was the last time I was able to stand unsupported for the next eight months. The workers at the train station had to call an ambulance to get me to the hospital. I was set up for surgery the next day. I would be off of work convalescing for quite some time.
A week or so after the procedure to patch the knee up my then wife to be took my butt to the firehouse just to say hello. I hobbled in on my crutches. During the visit my shift mates asked me how I planned to occupy myself during my time away. As if physical therapy wasn't enough? Though I had always been a very active reader or avid reader the thought of writing something beyond a fire department run report had never entered my mind. In fact, in high school I was the kid in the back of the class avoiding the teacher’s gaze. I did my homework on the bus rides to and from school. My book reports and term papers were all completed in study hall. I cringed when I came across test answers in essay rather than in multiple choice. It took me ten years to get through junior college.
Regardless, for some unknown reason, "I might write a book" popped out. Then the laughing began along with the taunts, and for good reason. During that time my only need for writing was professional and even then it was penning run reports and much wasn't expected. I wrote in all capital letters. As for punctuation I would occasionally throw a period in just for good measure. I didn't even own a computer at the time.
But my future wife did and we were living together. I saw the comments from my fellows as a challenge. I accepted the challenge. We returned home and we fired up the computer. My soon to be wife taught me how to use the word program and the rest is history. I typed out my first book, used lower case and upper case letters and even made a point to add proper punctuation.
But the story continues.
I returned to the firehouse with that first novel under my belt.  I knew little about the publishing world, really nothing. I used my new found computer skills to search the Internet. My search was basic, how to publish your first book. Naturally one of the paid services popped up first. I clicked and ended up working with an outfit which called themselves 1stBooks Library. They are now called Authorhouse. My experience there is another story for another time.
I continued writing but honestly, the whole deal was really just a hobby. My gig in the fire service was top dog. I was enthralled with the new relationship in my life. I wrote a bit here and there when I had a little extra time but that was about it, almost forgotten after that first book. Then came the next mishap where my health is concerned, a fresh injury.
This one was a back injury which I sustained while extracting the victim of heart attack from a very tricky location. Did I mention I was a paramedic as well as a firefighter? If not, well, now I have. Anyway, to this day I’m not exactly sure what happened or what I did wrong but suddenly my right leg collapsed. I was able to walk but barely. I was sent off to the fire department's medical doctor. After a detailed examination including an MRI the Doctor found a herniated disk in my lower back. I spent the next year in therapy, surgery and then more therapy. 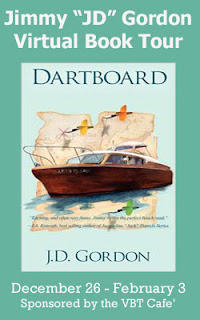 During that time away I wrote two books. I started to educate myself about the in's and out's of the world of literature. I built new relationships, some friendly and some professional. I started submitting to agents and publishers hoping not pay for publishing after that first experience. If you recall I said earlier that was another story and not really a good one.
The day finally came when the therapy was over and I had healed up from the back surgery. I'm no medical doctor so I'm not exactly sure how these ratings which appraise one's condition to return to work are set but I was informed that I was living along a border. I could give returning a shot or I could pension off and retire. And with the writing moving along I had considered that pension. But, the fire service was still number one in my mind. I was feeling good, strong and able. I chose to return to duty.
Three months later a semi truck rolled over into a gas station. I was working with a tool used for extrication and felt a series of pops in my back. Then that old sensation or lack of sensation in right leg returned. That was it, I was done. I no longer had a choice and had to leave the service behind. I had five disk herniations on three disks and had inflamed scar tissue left behind by the previous injury.
So, I continued to write and during the time I've been away I've managed to secure a couple contracts with independent publishers. I'm now writing paranormal stories for middle school aged children and adventure stories for adults, all of which brings me here to today. That's my story.
Have a great 2012!
Jimmy Gordon

Interesting info Jim ~ I knew some of it, but not all of it. Thanks for sharing... Sorry you had to go through all of that, but so glad you're writing as a result!

It is always uplifting when you take something bad that happens to you and turn it into something good!