People often ask me how I became a writer.  The fact is that you have to become a reader first.  Most writers read a lot growing up, many still do as adults.  Kat Jorgensen is no exception. 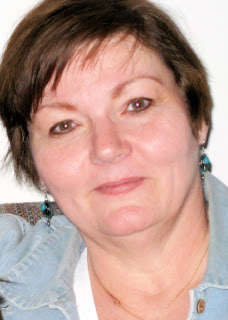 A notorious daydreamer, Kat knew it was only a matter of time before she became a writer. She learned to read by age four and had her first library card before her fifth birthday. To this day, she can lose herself for hours among the books at her local library or neighborhood bookstore. Ebooks and online ordering have made it really easy for her to keep her To Be Read pile from ever going down.
Kat has kindly agreed to share how she creates her original and entertaining characters.


Get In Touch with Your Inner Characters

I’m one of those people who believe that everyone has at least one book in them. Now I have more books and characters in my mind than I’ll probably ever use. So how do we tap into our inner characters?
For “Your Eight O’Clock Is Dead” the main character, Becca Reynolds, presented herself to me almost totally formed. Basically, she is a younger, thinner version of me with much better hair. I have baby fine hair that I’ve struggled with all of my life, so it was a no-brainer to make my heroine have much thicker hair. And be at her ideal weight.
But what about her characteristics? They’re also drawn from me. Things happen to me that don’t seem to happen to other people. For years I’ve been entertaining my friends and family with my misadventures. It was easy to translate those events into Becca’s life. I keep a running list in a notebook of weird things that involve me - like getting locked in an airplane bathroom. You can bet that that whole episode will show up in a future book! I can still tap into my claustrophobia just thinking about it. I set Becca up to be claustrophobic right from the get-go. By the time I get to book 4 where I use the airplane scene, readers will be very familiar with Becca’s fear of enclosed, tight spaces, and they’ll be feeling her panic right along with her.
Basically Becca is a lovable screw-up. Her intentions are stellar. The follow through is not always what she anticipated and how she reacts in any given situation makes for a lot of comedic opportunities.
Becca is inquisitive. She loves life, and she loves a good mystery. She’s also guilty of sticking her nose in where it doesn’t (or shouldn’t) belong.
Family and friends are important to her, just as they are to me. So I peopled her world with a grandfather who gives her lectures because he cares for her and wants the best for her and a couple of hunky men (I only have one hunk in my life, and I’ve been married to him almost 25 years) - but hey, this is fiction. Becca gets to flirt and fall for two good-looking guys.
In my non-writing life, I worked in mental health for many years. The two doctors in the book are drawn from characteristics of many of the medical professionals I’ve encountered in my working life. I’ve taken quirks and exaggerated them.
Character development is fun. I always start with the characters. Who are they? What are they like? What are their strengths and their weaknesses? How can I use them for plot problems?
Try it. You may surprise yourself.
Kat Jorgensen
Synopsis:
Becca Reynolds is having a bad day. Her grandfather’s lecture (#405: Eat a Healthy Diet or Die Not Trying) makes her late for her job at Daley and Palmer, the psychiatrists' office where she works as the office manager—her title, not theirs. Then her sausage and egg breakfast biscuit creates an oil slick that takes out half her desk, along with that day’s patient files. But she knows the day has taken a really bad turn when she discovers the firm’s eight o’clock patient dead with Dr. Dick Daley’s letter opener opening the patient instead of the mail.
With the fledgling firm in danger of an early demise, Becca appoints herself the unofficial investigator since the police seem to be looking in all the wrong places and doing a half-assed job of solving the crime. She begins a journey to find the killer, keep the practice afloat and with it, her job. In the course of her interfere—er, investigation—she finds a virtual cast of characters who could have done it, including the fancy side piece of the murder victim, his wife, his business partner, and even his psychiatrist.
The case takes Becca from the sordid depths of the Russian mob, to the upscale West End of Richmond, Virginia (known locally as River City), and even to her own backyard. In the course of the story she finds herself in hot water, hot danger, and with dreams of hot men. 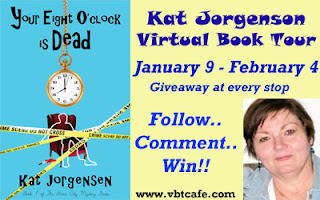 I love all the thought and true-life characteristics you've been into Becca! Thanks, Kat. :)

I can't wait to read it. It sounds delightful. And since the characters are based on some real people, it will be fascinating to discover what the author thinks of her friends and relatives.

Hope there are many more mis-adventures with Becca and Kat!

Thank you, Ginger. I did put a lot of thought into the whole process. But it was fun. And these days, I'm all about fun. : )

Awww, thank you, FF. I'm hoping for 6-9 books in the series, so plenty of time for Becca (and me) to get into trouble. Thank you for stopping by : )

Great post Kat. Thank you so much for hosting Cindy :).

Many of the experiences in my books are also based on funny things that happen to me and my family.

Many of the funny events in my books are based on what happened to me or someone I know.

Well, at least something good comes out of our mis-adventures! Material for our novels lol!

Thanks so much for having me as your guest, Cindy. Always a pleasure.

Have just bought your book for my Kindle, can't wait to read it!