As a reader it is the cover that initially grabs my attention, then the back blurb.  If they don't grab me and pull me in, then I might very easily miss out on a great book, as there is only a very slight chance that I will read them.  Janet McNulty has written a guest post on my blog about the importance of having a good book cover.  Janet is the author of the paranormal mystery thriller, Sugar and Spice and Not so Nice. 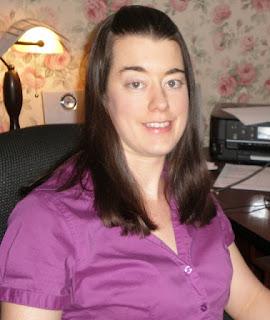 "As an author the only thing I really think about when it comes to books is writing them, or reading them.  I never bothered to think about a cover.  But after I finished a few books and decided to publish them, that is when I was forced to consider an appropriate cover for them.  I had to ask myself if a cover was really necessary.  The answer is, yes.
When I browse a bookstore, or even look for eBooks to download on my Nook, I tend to pay very close attention to the cover image.  It isn’t just a title that captures my attention, but the cover art does too.  Often, I pick up a book because I find the cover interesting.  That is when I read the description on the back and decide if I wish to purchase it.
Since I tend to be attracted to a book by its cover, I figured the same would hold true for any who wished to read my book.  But, there is a problem.  I cannot draw.  The most I’ve been able to produce in the world of art is stick figures.  So illustrating a cover myself was out of the question, though that did not stop me from trying.


When I published my first novel I decided to be cheap and forgo having a professional cover made.  The result was disastrous.  The cover was basic and lacked character.  Character is something your book needs on the outside as well as within the pages.   People are very visual and tend to judge things by their appearance first.
After the abysmal first attempt at a cover illustration, I hired a freelancer to do a professional one.  He included one for the paperback version of my novel as well as images I could use to promote the eBook version of my book.  This worked out quite well.  Not only did I get a cover illustration to make my book look more professional, but it would also attract a person’s attention from a distance.


Some believe that in the age of eBooks covers are becoming outdated.  It is true that eBooks do not use a typical book cover.  Mostly, they just have a cover image that only shows up in black and white unless you happen to have a tablet.  But I disagree with the notion that book covers are no longer needed.  Many people still like having the traditional book.  Some prefer to have both the hard copy as well as the digital copy.  Here is one thing to keep in mind: when searching for eBooks on a website many people look at the image associated with the title.
Book covers do two things for your book.  1) They give it a professional look that is still needed for promotion.  2) They give your book character and serve as a way to let potential readers know what you book is about.  Covers serve as an attention getter.


A professional look is always important when publishing.  Not only does the interior of your work need to look polished, but so does the exterior.  Slapping a title and author’s name on the cover does little to pique a reader’s interest.  Most people will not touch a book that looks shoddy.  Having a cover gives your novel that “I know my craft” look.  You want your audience to know that you are an expert in your job as a writer.
As mentioned before, a cover gives your book character.  It makes it come alive.  This is important in promotions.  People judge books by their covers.  If your cover illustration is boring, most will walk right past your book.  But if you have a cover that snatches a person’s attention, they will at least pick it up.  Most people spend seconds deciding if they will look at a book.  An excellent cover can achieve that instant “I want to look it”.


Even if you publish your work as eBooks, you will still want a cover image for the product sales page and for advertising.  This is especially important for self-published authors.  Most self-published authors, especially new ones, have difficulty selling themselves as professionals.  A book cover helps them achieve that.  Cover illustrations demonstrate that the author takes pride in their work by showcasing the book.
But how do you get a book cover if you cannot draw?  Hire a freelancer.  When I needed a cover for my first novel, I went to Guru.com.  There I was able to find an accomplished artist who was willing to do a cover for my novel in all formats and he has done every book of mine since.  Most freelancers will do a cover for you for about $200-$300 dollars and you can always negotiate.  If you have a specific look in mind for your book, tell your illustrator.  Just make certain that they are ok with giving up any copywrite claim to their artwork, but list them as the illustrator on your book.


So, are book covers needed?  Yes.  Even in our digital age.  They are easy to come by and you do not need to go to some fancy company.  Besides, nothing beats holding your first book for the first time.  So, doesn’t it make sense to give it the proper look?"  Janet McNulty
Janet McNulty currently resides in West Virginia where she moved after receiving her B.A. in History. She lives with her three cats who keep her on task.
Ms. McNulty has also recently published a novel, Legends Lost: Amborese, under the pen name Nova Rose. She is currently working on the second novel in the series called Legends Lost Tesnayr, but also has another nonfiction book in the works, that is untitled at this point. 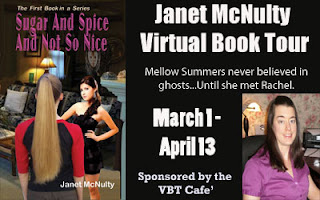 A good cover always make a difference because it is the first thing people will see. Take for instance, the book "Lady Lawbreaker" by G.J. Fuller, one of the best books I ever read (You can see it's cover HERE ); that book's cover hooked me instantly. It's simple, but really gets your attention. So yes, the cover makes a big difference. Hope this helps,
Jen