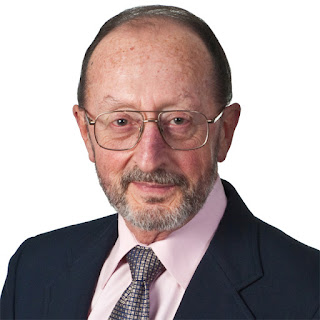 Eldon Taylor is an award-winning, New York Times best-selling author of more than 300 books, audio, and video programs. He’s the inventor of the patented InnerTalk technology and the founder and president of Progressive Awareness Research. He has been called a “master of the mind” and has appeared as an expert witness on both hypnosis and subliminal communication.
Eldon was a practicing criminalist conducting investigations and lie-detection examinations for many years. He is listed in more than a dozen Who’s Who publications, including Who’s Who of Intellectuals and Who’s Who in Science and Engineering. He is a fellow in the American Psychotherapy Association and an internationally sought-after speaker. His books and audio-video materials have been translated into more than a dozen languages and have sold millions worldwide.  Eldon is the host of the popular radio show Provocative Enlightenment. He has interviewed some of the most interesting people on the planet. His shows are thought-provoking and always fresh in both their perspective and the exchange. 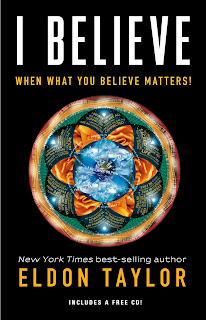 by New York Times best selling author,
Eldon Taylor.
Join the launch party for I Believe: When What You Believe Matters!
Hundreds of bonus gifts will be given away to everyone who participates. Plus, enter to win grand prizes worth over $5K from personalities such as Lindsay Wagner (Bionic Woman), James Van Praagh, Bob Doyle, Hay House, InnerTalk, Norman Shealy and Caroline Sutherland. For more information, visit http://progressiveawarenesspromotions.com/it/12c/indexB.html
Q. Why did you write I Believe?
I have spent over thirty years investigating why people self-sabotage or limit themselves, thus experiencing so much less than their highest best!  What I have found is the reason rests solely in their beliefs—not their spiritual belief so much as their life beliefs.  I found this to be true when I was conducting lie detection tests and discovering criminality, and equally true when I worked with elite athletes, business executives, professionals and lay people alike.  The bottom line is this: What you believe always matters!  It’s like a web that fastens itself to belief-anchors, causing disheartening mediocrity in place of the glorious success we all seek.

I Believe spells out the power of belief and how it influences everything from our health and longevity to our success with relationships and life.  Astounding as it may seem, belief can (and has) defied our so-called laws of science and it has done so over and over again. As ordinary and trite as it may seem, belief nevertheless makes all the difference in success in all walks of life.  Knowing how we acquire our beliefs, and which beliefs serve us while others sabotage us, is critical to maximizing our individual potential.  I Believe: When What You Believe Matters! was written  to empower you with the roadmap to decipher and re-write the programming governing your life.
Excerpt
Codependence
Among many people, there’s a certain attitude of codependence. This is often expressed in terms of a bargain, a contract, or a sort of quid pro quo. That is, we think, You should do this for me because I do this for you. If you loved me, you’d do x, y, and z. The notion implies a duty. For example, parents often assume codependent roles and expect their children to nearly kneel and worship them because of parental sacrifices. Building relationships on such patterns will almost always lead to resentment and disappointment.
Examining our motives is important. Where our closest, most intimate bonds are concerned, maintaining a realistic outlook is key. There will be many changes during a long-term personal relationship. The initial romance will wear off, the hormones will cool down, and the Cinderella nature of perfect love will curl up in a mature bonding, provided the connection isn’t built on false assumptions and immature, unrealistic notions taken from movies and television shows.
It’s estimated that approximately half the marriages in America will end in divorce. Further, this figure applies to first marriages versus later unions, since “67% of second and 74% of third marriages end in divorce, according to Jennifer Baker of the Forest Institute of Professional Psychology.”5
There are many reasons for the high divorce rate, including disappointment, selfishness, demanding too much, economic differences, pettiness, blaming, laziness, and differences in values or faith. Inherent in all of these factors are the underlying beliefs each partner brings to the marriage. Surprising to many is that the lowest proportion of divorce belongs to atheists and agnostics. Perhaps that is because the initial expectation is simply more pragmatic. For the atheist, the connection is all about here and now; for the religious person, there are both explicit and implicit assumptions about unions made in heaven.
The actual reasons for divorce are not my point here, however. This book is all about the role of belief in our lives. It’s easy to see that an unreasonable expectation will lead to a failed relationship. It’s equally obvious that our expectations are built upon our beliefs, and if we’re to enjoy our lives to the fullest, choosing what we believe and how and who we share those beliefs with is pivotal.
If you’re having difficulties with someone, take a look at your assumptions and then consciously choose your course of action. That said, never be afraid to let someone go if that’s what he or she wants. There’s an old saying that goes like this: “If you love someone, let them go. If they come back, they were always yours; and if they don’t, then they never were.”
Reflection
What do you see in your relationships? Are your expectations blinding you to the real attributes of the other person? Are you denying yourself in your attempt to be what someone else would like you to be? These questions are really two sides of the same coin, but they’re vital components to creating the kind of connection you want.
For information on the book launch, please visit http://progressiveawarenesspromotions.com/it/12c/indexB.html 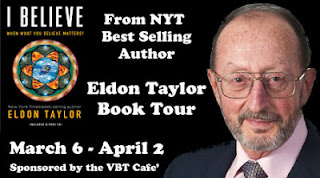