Ukraine Crisis - At the risk of sounding negative

I don't want to be a Job's Comforter or a Prophet of Doom.
I want to join in the celebrations of the ousting of a corrupt and evil dictator.
But unfortunately I have a gut feeling that as the euphoria of winning the battle of Kyiv starts to evaporate, reality is going to set in and it's not going to be pretty. 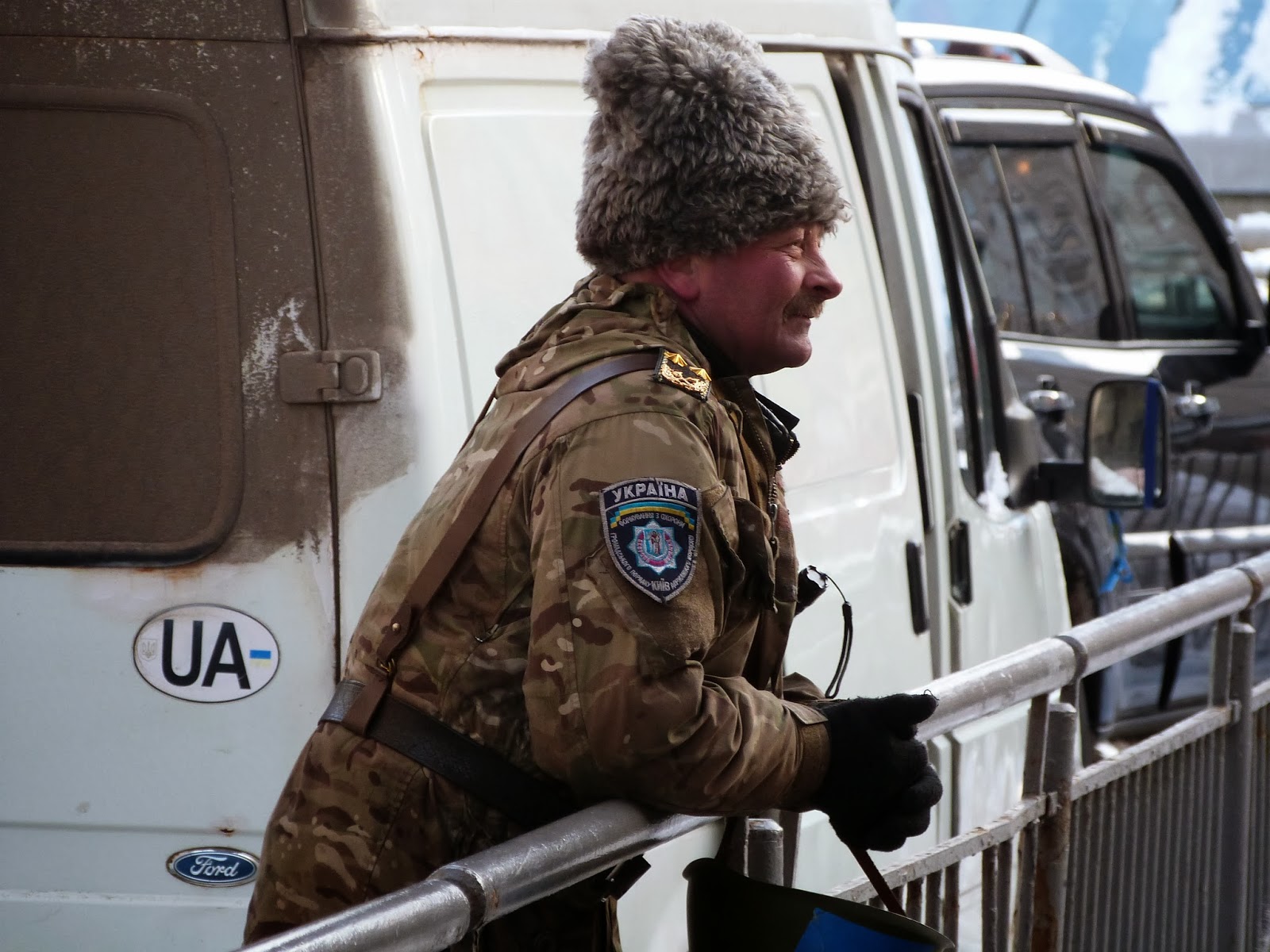 No armed protest ends in a brightly-coloured gift wrapped parcel with pretty ribbons and bows on it.  Victory by force is ugly.  There are always repercussions and consequences and some of them are not pleasant.
Before the protests how many people around the world had even heard of Ukraine and knew where it was?  How many thought it was still a part of Russia?
The protests have highlighted Ukraine's problems to the world.  They've never managed to quite escape from Russia's leash; you have opposition parties who although were united in their desire to oust Yanukovych, weren't united in much of anything else; you have a divided country consisting of Ukrainians who want to be a part of Russia and Ukrainians who want to be a part of Europe; you have numerous corrupt politicians who have decimated Ukraine's economy for their own financial gains so that the country's coffers are so empty spiders have started building cobwebs there; you have a middle-aged woman in a wheelchair with a bad hairstyle who was jailed for corruption who wants to be the new president; you have an ex-boxer with a charming smile who upset the masses when he shook hands with Yanukovych after the phony peace agreement who also wants to be president; you have lawless criminal titushkis still running around, many with weapons; you have protesters who played an active part in the fight with blood on their hands, a veritable boiling cauldron full of testosterone, ready to fight at a moment's notice; you have Europe dithering about economic aid packages and lastly you have Putin and Mother Russia.  Russia's fleets are based in Ukraine.  Russia sends Europe 1/4 of its gas supply through pipelines through Ukraine.  Ukraine builds planes, military weapons and nuclear arms for Russia.  Do you really think Putin is going to give that up without a fight now that the distractions of the Sochi Olympics have passed?  The Russian envoy to the peace talks refused to sign the agreement.  That says something.  Putin told Yanukovych to be heavy-handed and stamp out the protest.  That shows his thinking.
So not to be a Prophet of Doom, but I don't think getting rid of Yanukovych so quickly means an immediate happy ending for Ukraine.  There is a long road ahead.  A road filled with unseen potholes, and you never know what might leap out and hit you.  Too much testosterone roaming the streets looking for a fight.  Unsatisfied people who are not united in their view of what the future for Ukraine looks like.  And the West and Russia pulling from both sides.  Something's got to give.
Cindy Vine currently lives in Kyiv and is the author of Hush Baby and The Colorful Art of Pain, both available on Amazon.com as kindle books or paperback.
Posted by Cindy Vine at 5:26 PM

I am afraid that you are right. As the so-called 'Arab Spring' showed recently, these things are guaranteed to be bloody. They got rid of some nasty characters, but I can not think of one country where it is now truly peaceful. (Let us not even think of Syria!) The sad reality is that dictators, while they are not very good on the democracy side of things, do generally manage to have peace and calm on the streets.

We can just hope and pray that Ukraine breaks the norm.

I am so sorry you have to face such adversities where you are living Cindy. I pray that you will be safe no matter what happens in the future.